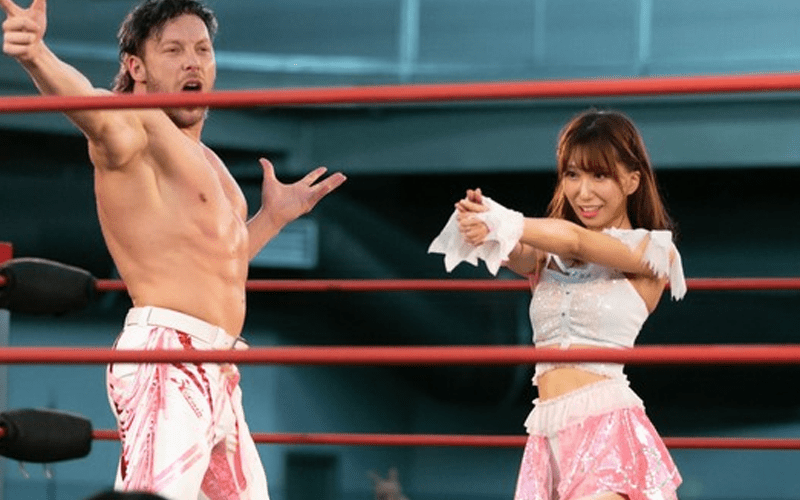 Kenny Omega is well aware of the recent controversy that was sparked between Jim Cornette and Dave Meltzer. He’s also not going to allow fans to get away with inappropriate comments about Riho.

One fan replied back to Kenny Omega’s latest response to Jim Cornette in a rather profane way. He asked a very vulgar & racist question about Riho. Omega replied saying: “Good to know all of Jim’s mouth breather followers have absolutely 0 class.”

Another fan replied back to Omega with: “You take one reply and lump in all of his fans in your rebuttal? That summary is as ridiculous as your jazz hands, Harpo.”

Omega responded by saying: “Yeah I did, and judging by your tweet, I definitely don’t regret it.” It doesn’t sound like Kenny Omega is scared of losing that particular fan.