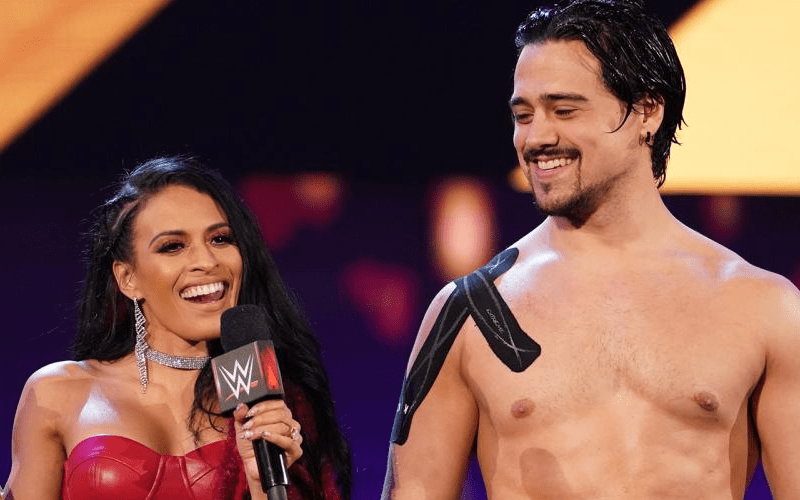 WWE debuted Angel Garza on RAW this week, but what is their endgame?

Dave Meltzer noted on Wrestling Observer Radio that WWE brought Angle Garza in simply to replace Andrade. El Idolo is currently out of action serving a 30 day suspension for a violation of the company’s wellness policy.

“For right now [Angel Garza] is here because Andrade failed a drug test and they needed something. That’s what he’s here for. I know he should stay and he may, and there’s no rule that he has to go back [to NXT], but right now the idea is that he’s still gonna be on both shows and he’s an NXT guy, but he’s a fill-in for 30 days now.”

Angel Garza did impress fans in his RAW debut. There’s always the chance that it could turn into something more for him. Right now it doesn’t look like WWE has any plans past 30 days.