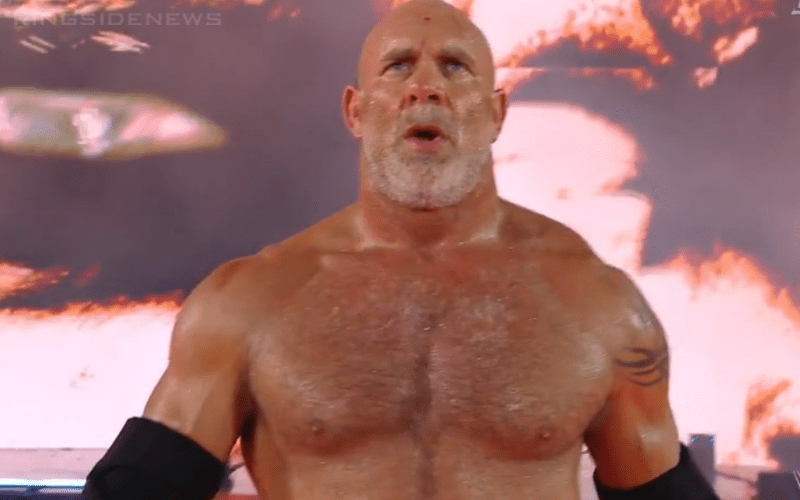 Goldberg is coming back to WWE television this week. The former WCW World Heavyweight Champion will be on Friday Night SmackDown. We will soon find out who’s next.

Goldberg sent out a tease for his upcoming appearance. He posted a picture of the aftermath following his first jackhammer and hinted that more could be coming.

This was the 1st…..looks like there could be more

Goldberg lost to The Undertaker the last time he was in Saudi Arabia. It only makes sense that Goldberg will get an opponent that will fun for him to defeat. There are a few heels on the blue brand who could work well with Goldberg. We’ll find out who’s next soon enough.