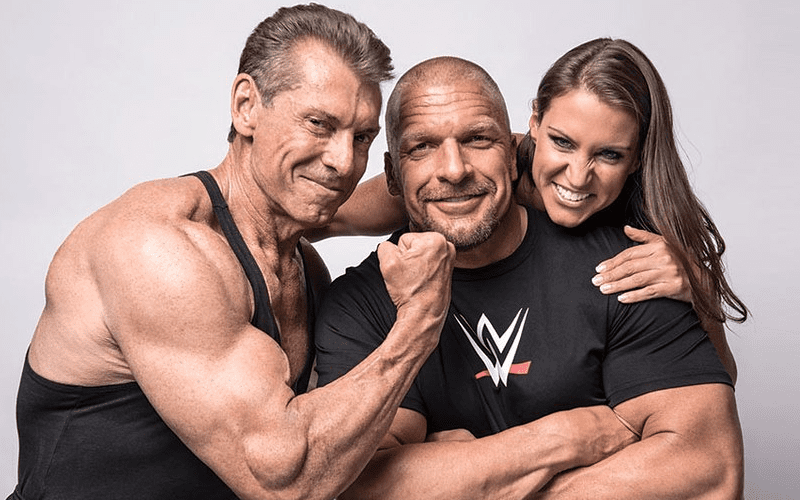 WWE let their Presidents go this week and the corporate offices were very uncomfortable after that. There is a very good reason for them to feel that way.

During Wrestling Observer Radio, Dave Meltzer mentioned that WWE doesn’t have a plan of action at this point in case Vince McMahon dies.

He also went on to explain that although the company does have stability with television contracts the idea of Triple H or Stephanie McMahon running the company won’t be accepted by Wall Street.

“You know the company is still safe for five years no matter what even if something happens to Vince and there’s chaos you still have that revenue coming in. At that point it would make things really strange because again, we don’t know who’s gonna be running the company. We have no idea.”

“It’s not gonna be Paul Levesque — it’s not gonna be Stephanie. I mean, Paul Levesque will run the wrestling end, but he’s not gonna be CEO or anything like that — the president of the company because you know Wall Street won’t accept him in that role because he doesn’t have that background. So, it’s going to be… they’ll accept Vince and they would have certainly accepted George Barrios and Michelle Wilson so, you know, but everyone who works for Vince has a shelf-life that’s the reality.”

It was noted that the closer someone works with Vince McMahon the odds of them lasting are slimmer “than if you work far removed from Vince.” Kevin Dunn is the obvious and glaring exception to that rule. Even Shane McMahon and Linda McMahon had a shelf-life when working for WWE’s corporate office.

We’ll have to see what WWE is going to do next, but they really need to lay out some plans because this uncertainty is not making investors very confident in WWE right now.