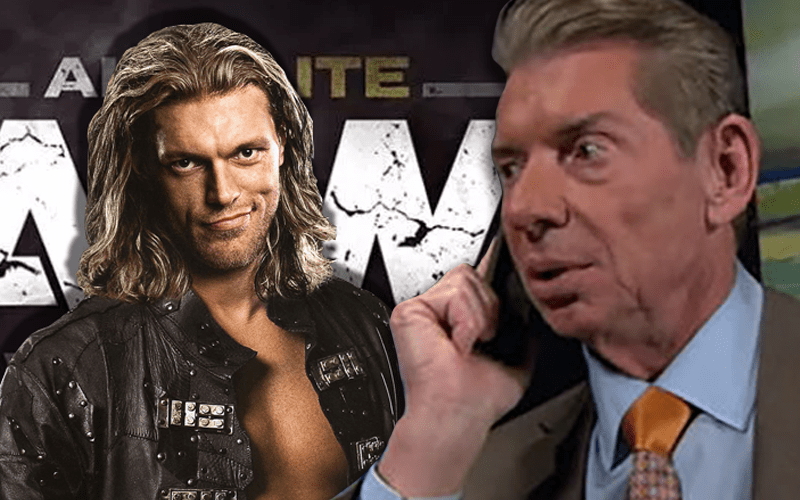 Edge signed a new three-year deal with WWE that will see him wrestling multiple times a year. He almost went to AEW because they were offering him a huge deal.

It was reported that Edge had no intention of wrestling for All Elite Wrestling. He still spoke to them regardless. If he was just trying to drive up WWE’s offer it worked.

Dave Meltzer mentioned on Wrestling Observer Radio that Edge told WWE that AWE had offered him $3 million a year with limited dates.

WWE apparently matched that number for the Rated R Superstar. Now Edge will get $3 million a year for the next three years. He must wrestle four times a year and appear on 25 episodes of WWE television during that three-year time as well.

The Wrestling Observer Newsletter noted that Edge might be working more dates than that. His deal with WWE was still incredible lucrative thanks to AEW.