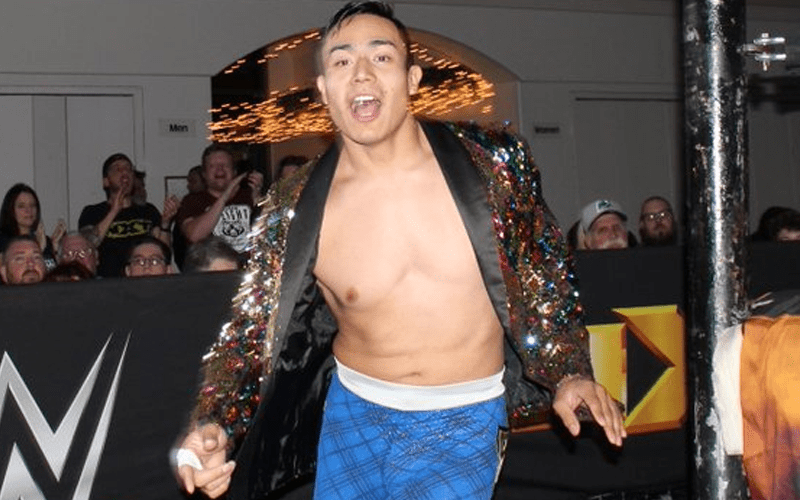 The WWE Performance Center has several Superstars who have yet to debut. Last night one dream came true for Jake Atlas.

Atlas has made a name for himself on the indies and has been working since 2016. He appeared on an episode of Undercover Boss with Stephanie McMahon and he soon got a contract.

Jake Atlas made his WWE NXT in-ring debut last night in a loss against Ridge Holland. He might have lost his first outing an NXT ring, but the Citrus Springs crowd was still happy to see him.

You can check out a few pictures of Atlas’ in-ring debut below.