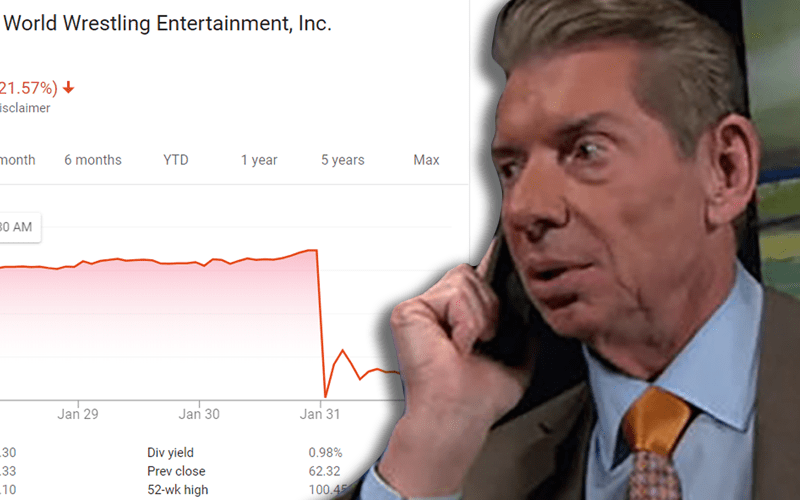 WWE didn’t close out their week on Wall Street the way they wanted to. Following the exits of George Barrios and Michelle Wilson as the company’s Co-Presidents there is a lot of work to be done and explaining to do as well.

The company’s stock plummeted and did not recover much. WWE is also preparing for their 2019 fourth quarter financials to be released on Thursday next week. As Brad Shepard reports, WWE’s Public Relations team is gearing up for some serious damage control as the belief is the stock could fall even more.

A source also told me WWE P.R. is on standby after the next quarterly report comes out, for damage control. There’s an internal belief that shares could drop significantly afterwards.

WWE has a lot of money coming into the company. Their Saudi Arabian deal and television contracts are incredible lucrative.