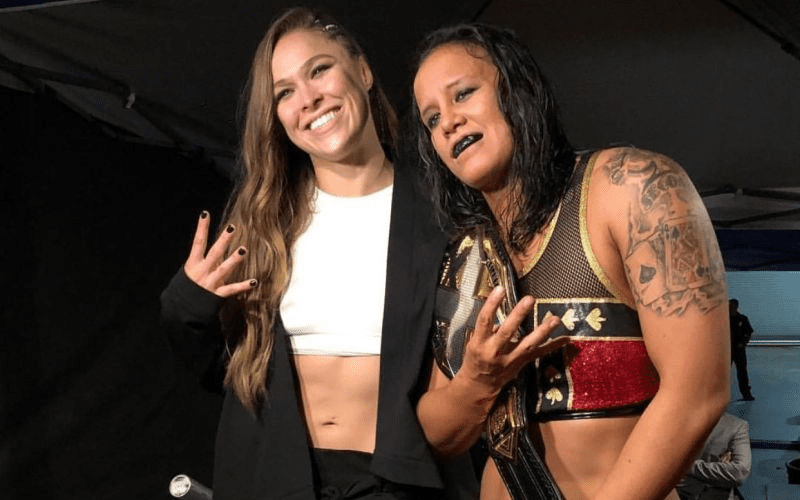 Ronda Rousey hasn’t wrestled since WrestleMania last year. You never know if she could be a big surprise on the road to WrestleMania 36. One thing we can be sure of is The Baddest Woman On The Planet will be watching her friends work.

While speaking to After The Bell, Rousey revealed that she really wants to wrestle Rhea Ripley. We’ll have to see if what match will ever happen.

One thing Rousey made clear was that she is an NXT fan. She loves watching what Shayna Baszler has been able to accomplish. Rousey also credited the Queen Of Spades for getting the 4 Horsewomen interested in pro wrestling in the first place.

“I came out to give the women as much momentum as possible and, you know I was able to do that. They have taken that and run with it. They have more momentum than ever, they’re doing better than ever. I love the new names that have come up this year. I’m obsessed with NXT, I love them so much right now.”

“Shayna is kicking ass. She is the reason I think the other 4 Horsewomen are in wrestling. So, it’s really great to see her get all the success she deserves and she’s just getting started.”

Shayna Baszler was slated to win the Royal Rumble match at one point. She could still be in line for a match against Becky Lynch at WrestleMania. Rousey is an opponent that The Man really wants. Let’s see how everything pans out as WWE continues into a new decade.