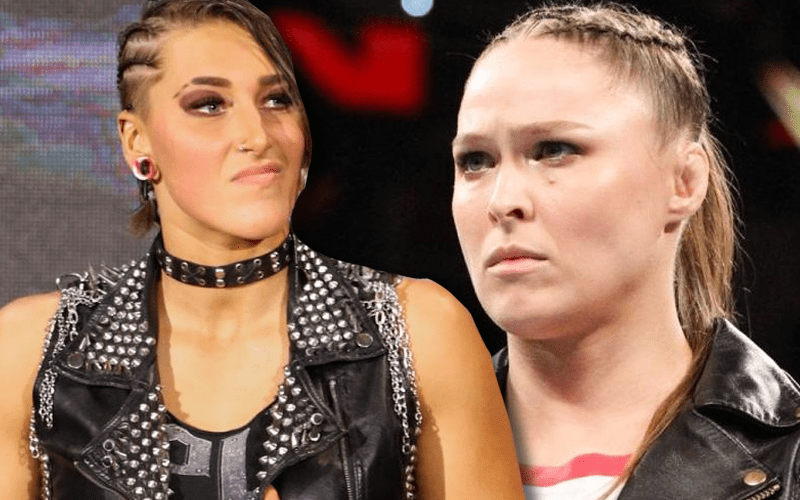 Ronda Rousey hasn’t wrestled since WrestleMania 35. She is still under WWE contract through 2021 so fans are hoping to see her again soon. She might be interested in making a stop by NXT as well.

While speaking to After The Bell, Ronda Rousey revealed that she wants a match against Rhea Ripley.

“Rhea Ripley. Oh my god she is doing amazing. I would love to have a match with her someday. She matches up with everyone so differently and there are so many things she could really pull out of people that you can’t do with anybody else, so I’m really looking forward to seeing if we ever get that opportunity, but I’d love to get in the ring with her. She’s fantastic.”

Ronda Rousey will need to return before any kind of match against the NXT Champion can be arranged. Rhea Ripley is also already slated for a match against Charlotte Flair at WrestleMania.

The Queen is expected to make an NXT return so she can challenge Ripley this week.