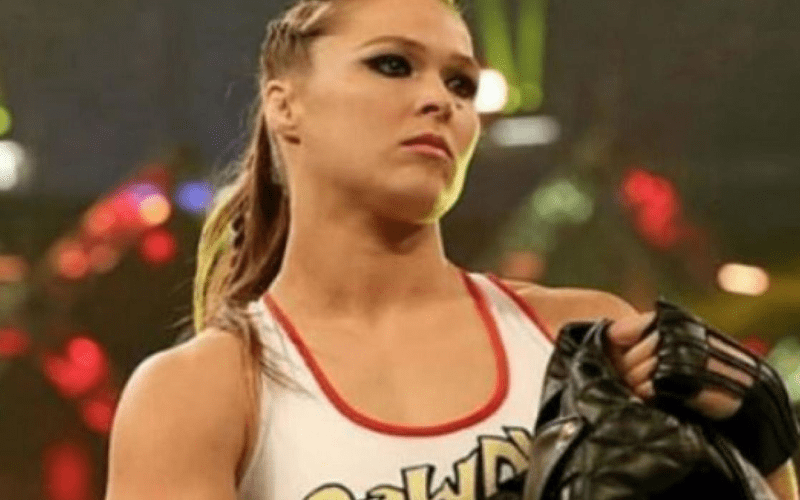 Ronda Rousey hasn’t wrestled since WrestleMania 35. She’s been very busy and we’re about to hear all about it.

WWE’s After The Bell podcast will have a loaded show this week. Corey Graves will welcome Ronda Rousey on the show, but she won’t be the only guest. Santino Marella and MVP are also slated to appear.

The company put out the following note about the upcoming episode of WWE’s original podcast.

The Baddest Woman on the Planet, who was most recently seen on Total Divas but is currently out of the WWE orbit, will be joined by a pair of Superstars who have plenty to say about the 2020 Royal Rumble event: Montel Vontavious Porter, who made his in-ring return in the match, and Santino Marella, who was represented in the Women’s Royal Rumble Match by his (ahem) sister, Santina.

Ronda Rousey was a cast member on Total Divas last season. She didn’t make a return to the ring. We’ll have to wait and see when her next appearance might be, but she’s been pitching return ideas to Triple H.