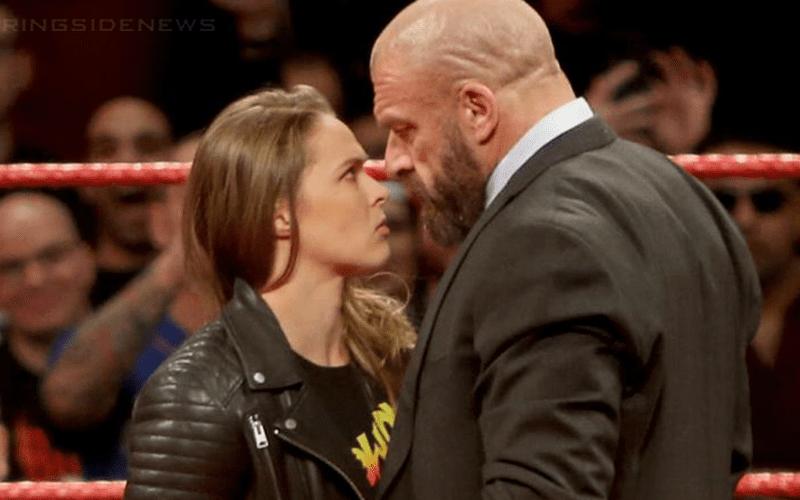 Ronda Rousey hasn’t wrestled since WrestleMania, but it seems like she’s very ready to come back.

While recently speaking to MMA Junkie, Triple H revealed that not only is Ronda Rousey in the WWE family, but she’s always pitching ideas for her return to the ring.

“Don’t have a specific timeline but she’s with us. This is family for her, she’s coming back. She has said it, she calls us all the time. I think the biggest tear for her right now is trying to do what she wants in her personal life and just missing this. It’s hard to explain, this is like a family and there is a brotherhood and a sisterhood here that’s deep with people.”

“I don’t think she understood that walking in the door, but when she got here, she said to me multiple times, ‘It’s like the family that I never knew I was missing, and the group of friends and the environment I never knew I was missing.’ I think she misses that greatly. She talks to everybody all the time, she’s constantly with us, and she’s constantly pitching her return. So, if I had to guess, it would be sooner than later, but who knows?”

It will be interesting to see if and when Ronda Rousey comes back. She could be saving her return for a big match moment, but Rousey also needs to let her hand totally heal up after nearly losing a finger recently.