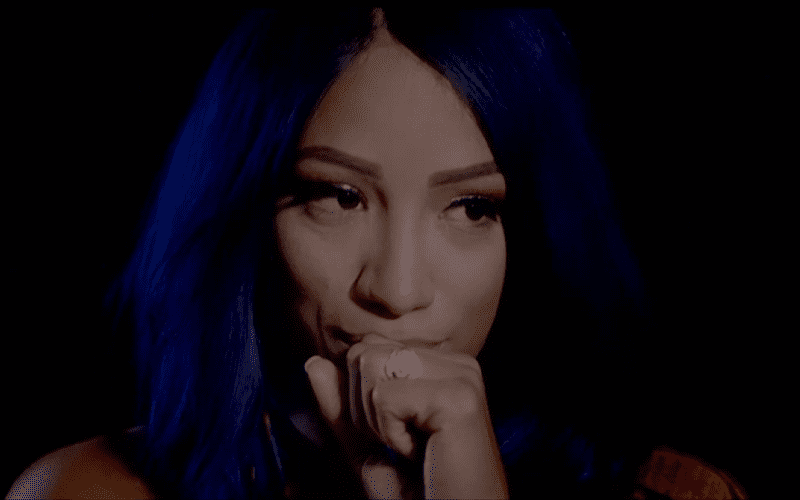 Sasha Banks says that wrestling saved her life when she was a child, but it was beginning to destroy her life. So, she needed to take a step back.

During WWE Chronicle: Sasha Banks, she said that so many bad things happened all at once and she didn’t know how to deal with it.

She revealed that Paige’s injury and what the fans said “really sucked and made me question who I was as a wrestler.” Sasha Banks also said when she went out to WrestleMania she had “no feeling” out there. Banks said she looked out into the Mania crowd and said, “this is it, I’m done.”

Sasha Banks said she was depressed and her husband saw that, so he was 100% supportive of her decision. When Bayley didn’t stop Banks from quitting then “I knew I was in a bad place,” because nobody knows Banks better than Bayley. This was legit and The Boss was crying while telling this story.

Banks credited therapy, crystal healing classes, psychics, and meditation to her recovery process. One psychic even told her right off the bat that she needs to fix herself and seemed to know everything about her job. It seems like this psychic was either legitimate, or they knew how to use Google search.

Banks was starting to lose her love for wrestling and she needed help. When she finally made her return, The Boss said it happened all at once. Then she couldn’t wait to get her return over with.

WWE flew Sasha Banks into Buffalo and then she drove to go sit on a bus until it was time for her debut on RAW. They picked up Bayley along the way and she helped keep Banks calm before the show.

She couldn’t believe how bad things got, but suddenly, Sasha Banks found herself enjoying life. People were calling her Mercedes instead of Sasha Banks and she liked that too.