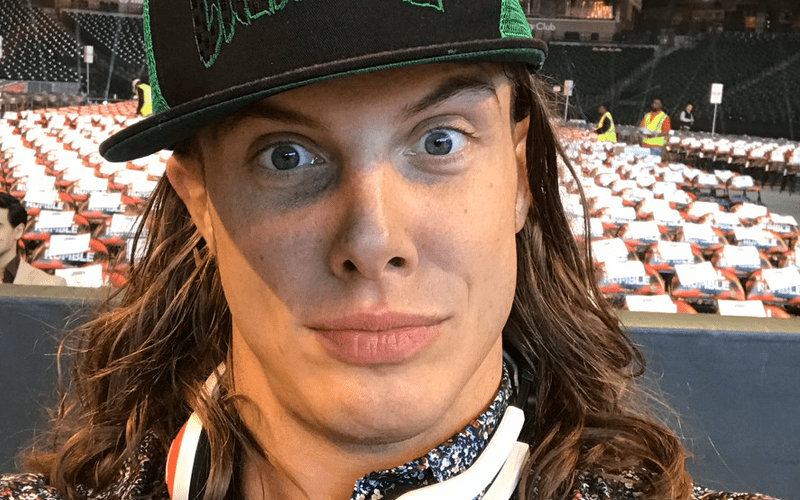 Matt Riddle didn’t spent a lot of time in the Royal Rumble match. There could be a reason for that. He apparently has major backstage heat in WWE right now.

Riddle and Brock Lesnar reportedly got into it backstage at the Royal Rumble event. Lesnar apparently had some interesting things to say to Riddle about a match between the two of them never happening.

The King Of Bros tweeted out on Tuesday morning after reports of his backstage heat started to spread. He posted a selfie from the day of the Royal Rumble along with a very interesting caption.

This is a pic from this years 2020 Royal Rumble, as you can tell by my face everything went according to plan #sarcasm #bro

The fact that he used “#sarcasm” in this tweets leads us to believe that things didn’t go according to plan at all.

Let’s see what’s next for Matt Riddle. He has a huge match on NXT this week as he teams with Pete Dunne against the Grizzled Young Veterans in the finals of the 2020 Dusty Rhodes Tag Team Classic.