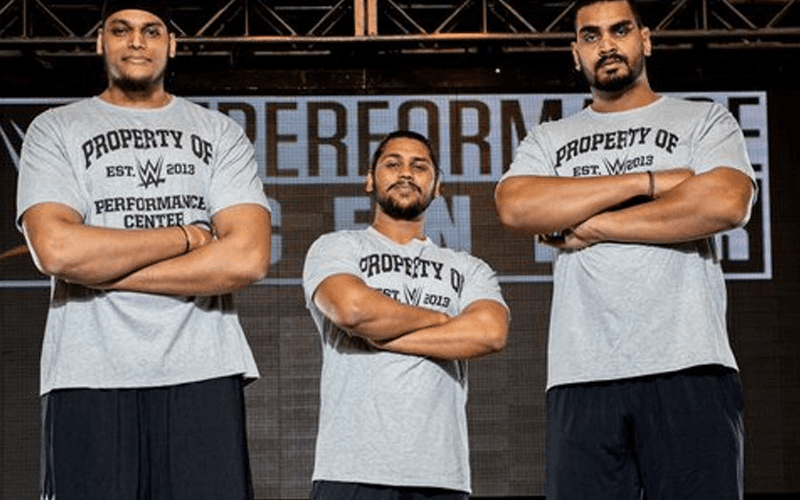 The Great Khali doesn’t wrestle in WWE anymore, but he is still very active in India. Khali is training students and two of them just got deals with WWE.

NXT was happy to reveal the signings of two 7 foot men who were trained by The Great Khali. Now Gurvinder Singh and Sukhwinder Grewal are the latest WWE NXT signees with a ton of potential.

At 7 feet tall, 310-pound Gurvinder Singh of Jagadhriis an experienced cricketer and actor that trained for the squared circle under another giant of the ring, The Great Khali.

Sukhwinder Grewal is another titanic trainee of Khali, standing 7-foot-2 and tipping the scales at 340 lbs. The 24-year-old played basketball before setting his sights on the ring.

We’ll have to see how long it takes for those men to make debuts on WWE NXT television. It looks like WWE is stacking the future in a big way and they have some very promising future Superstars from India.