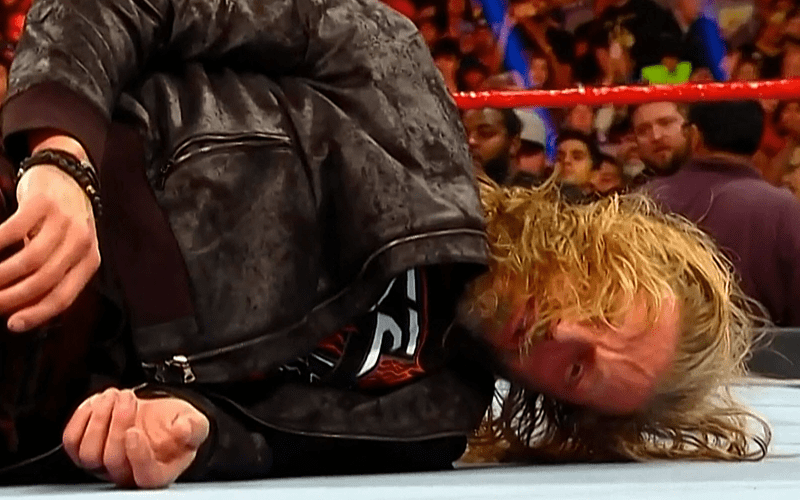 Edge returned during the 2020 Royal Rumble match. The next night he showed up on Raw to speak his mind.

Edge was greeted with a huge ovation which was expected. He thanked fans for his Royal Rumble reception and the “You still got it” chants followed. Edge agreed that he does still have it.

He said that the second he starts to ask “what if” he gets to work to make that disappear. After a few years of retirement he started to ask himself “what if I came back home?” So he got to work.

Edge said he got in the best shape of his life at 46 years so he could end his career on his terms. He brought up Randy Orton, Roman Reigns, AJ Styles, Seth Rollins, Kevin Owens, Aleister Black, and Matt Riddle. Then he said “boys hopefully I see you all down the road.”

He said he doesn’t know how long it’s going to last, but “I hope all of you join me on this ride.” Then Edge said “I have grit. If you knock me down I get back up.”

Randy Orton came out next to hug The Rated R Superstar. Orton said it’s no secret that he has a self-destructive personality, but back in the day there was one man who would pull him up when he was down. He welcomed Edge home and said he’s like a brother to him. Then Randy Orton proposed a “what if” situation. He said “what if Rated RKO got back together one more time?”

Then Orton hit an RKO outta nowhere before Edge could give an answer. This was followed by Orton bringing a chair in the ring and smashing it over Edge’s back before wedging his head in a chair where he contemplated stomping it from the second rope. He didn’t and instead laid in a conchairto for old time’s sake.