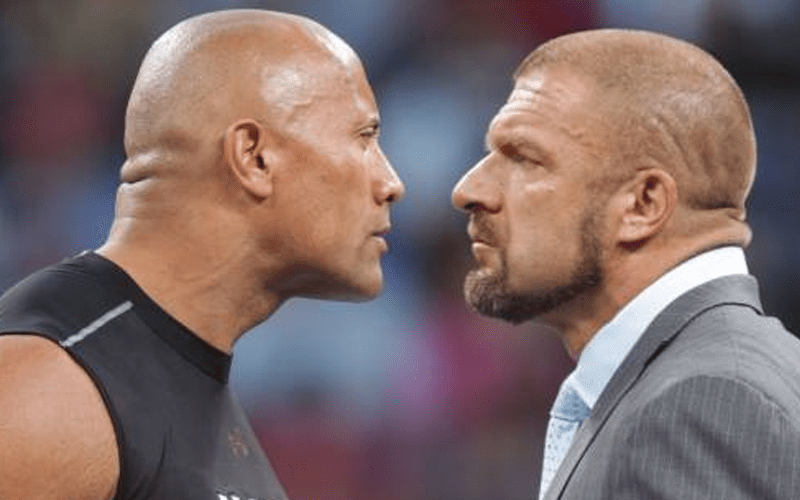 The Rock doesn’t get to come back to WWE very often. He would love to wrestle, but his career in Hollywood just doesn’t give him the time.

While speaking with Alex McCarthy, Triple H revealed why his match against The Great One at the show of shows fell through. They talked about doing it and even taped an angle. Dwayne Johnson’s busy Hollywood schedule and other commitments kept the match from taking place.

“I don’t remember the details of it, but it was one of those things that Rock and I talked about to the point where we did the backstage promo. ‘Let’s throw a scene out there and see what happens.’ It blew up, so we talked about it some more. Then scheduling just got in the way,” Triple H said. “At that point, we were over a year away from that WrestleMania. It wasn’t until, maybe four months of the following year, we got to that, and Rock goes, ‘it’s just not gonna work. I just can’t. All of my stuff. My movies and everything has changed. I just can’t make it work anymore.'”

“It was what it was. I would’ve loved to have [done] it. It would’ve been a blast to step in there with him one more time and tear it up.”

WWE will certainly welcome The Rock back whenever he can make it. The probably is that he doesn’t have a lot of time to devote to the process of building a WWE program or the risks involved with working a match in the unpredictable squared circle.