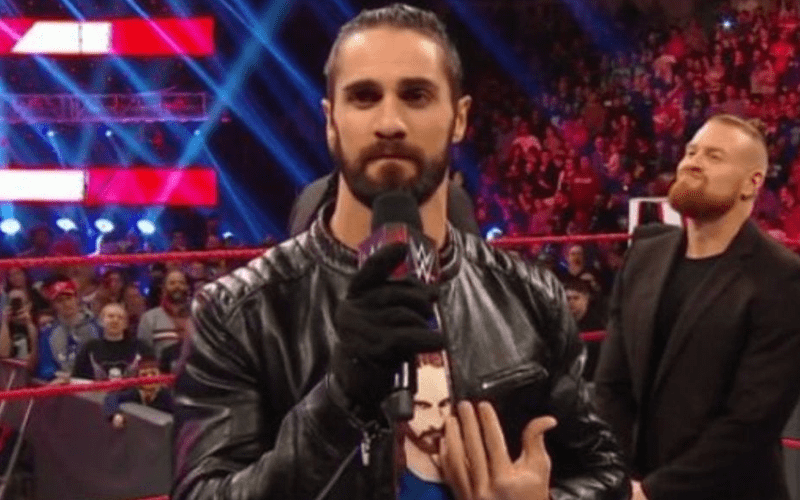 WWE fans are very observant. When Seth Rollins turned heel and started to wear a black glove all the time they wanted to know what’s up. Now The Monday Night Messiah is telling all.

The Houston Chronicle recently spoke to Rollins where he revealed why he’s been sporting a black glove on his hand. He broke his finger six weeks ago and that glove helps hold the splint in place.

“It’s a happy accident. I will say that I broke my finger about six weeks ago and I have to wear a splint when I wrestle, and so I have to wear a glove over the top of the splint to keep it from moving when I’m wrestling. Obviously, I could have taken six weeks off and not wrestled at all, but that’s not really what I do. So, the alternative was trying to tape it, but tape didn’t seem to keep it on very well. So, I just put a glove over top of it to keep it down. And, and I like, and it’s weird and so it is one of the things that people they say, ‘Why is he wearing one glove?’ The fact that you’re asking me this question means that it’s doing its job. I think we will stick with it and see what the glove becomes over time.”

We’ll have to see if Seth Rollins will keep the black glove on even after his finger heals up. It is a good look for Rollins and gives him a bit of menacing aspect to his character like a Curley from “Of Mice And Men.”