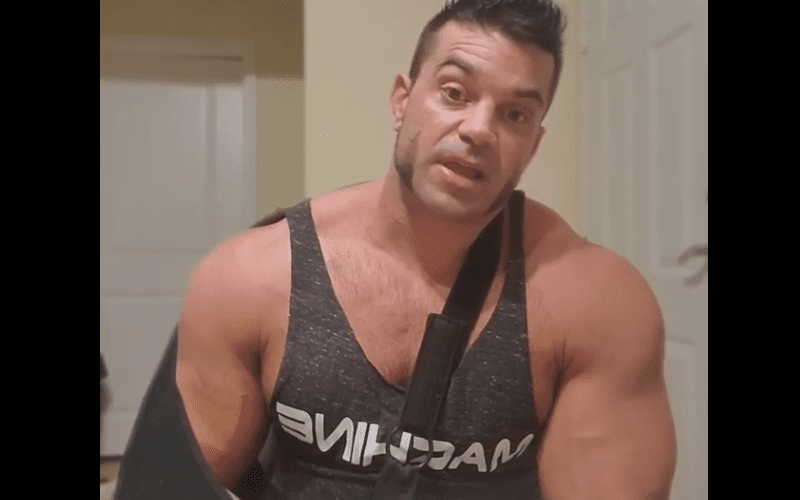 The Machine released a video to address the rumors about his current situation. He hasn’t signed with anybody. In fact, he’s going under the knife on Monday to repair his bicep.

He was considering “a few other companies,” but then he was injured. Now he has to take care of that before making a decision about his pro wrestling future.

“I know there’s been a lot of speculation on what’s going on with me, where I’m going. Rumors that I signed here, that I signed there, all kinds of stuff. I haven’t answered much and I’ve been keeping to myself about it because, yeah, my contract did come to an end with IMPACT Wrestling. They did make me an offer to stay, as did multiple other companies. And while I was mulling all that over, unfortunately, I tore my bicep. I was trying to stay positive about it, and it was looking like I was going to need surgery […] if it’s required but not necessary, and I didn’t want to say anything until I knew what was going on.”

“So as of now, I am set to get surgery this Monday. I am not technically with any group right now at all. I did like I said have a bunch of amazing offers from all over the place and I’m just hoping they’re still there as soon as I heal up. As far as that goes, healing up, I wish I had an ideal time frame. Some people are saying it could take up to six months to recover. I’m a machine so I’m destined to do it faster than that and I know a lot of top tier athletes have done it pretty quick, and that’s almost my goal now too, try to be optimistic and looking at positives.”

Cage’s injury was terrible timing. It might be six months before we find out what Brian Cage’s next move is at this point.