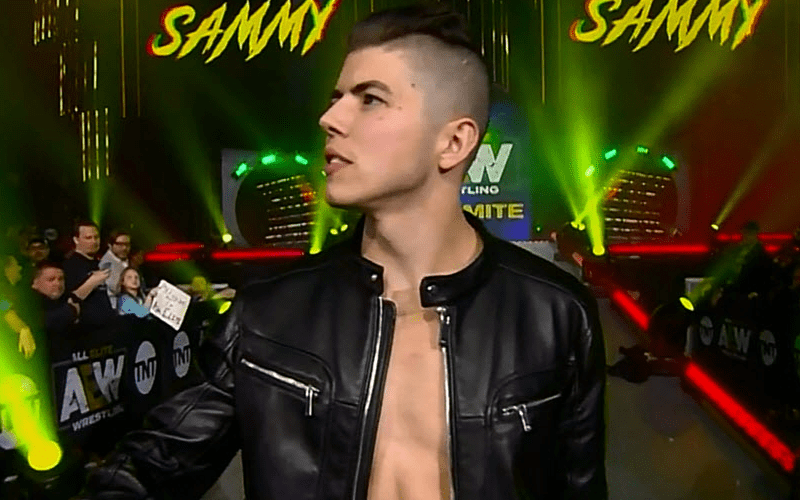 Sammy Guevara is known as The Spanish God on AEW television. His girlfriend is not a fan of that moniker.

During Wrestling Observer Radio, Guevara revealed that his girlfriend hates the nickname that’s been given to him. He said that she is concerned that this new identity might go to his head.

“My girlfriend for instance, she hates that people call me a Spanish God. She’s like ‘now you’re gonna think you really are a God.’ I’m like, ‘well, you know.'”

Who Came Up With Sammy Guevara’s Spanish God Nickname?

Sammy confirmed that the Spanish God name was all Chris Jericho. He said that Jericho came up with the name “on the fly” in the ring during Dynamite while cutting a promo where he put over every member of The Inner Circle.

Who Is Sammy Guevara’s Girlfriend?

As of right now, Sammy Guevara is in a long-time relationship with girlfriend Pam Nizio, according to loved-up photos regularly shared by the couple on their social media accounts, usually Instagram.

Sammy Guevara’s girlfriend Pam has Le Champion Chris Jericho to blame for the nickname The Spanish God, that she appears to dislike, a lot.