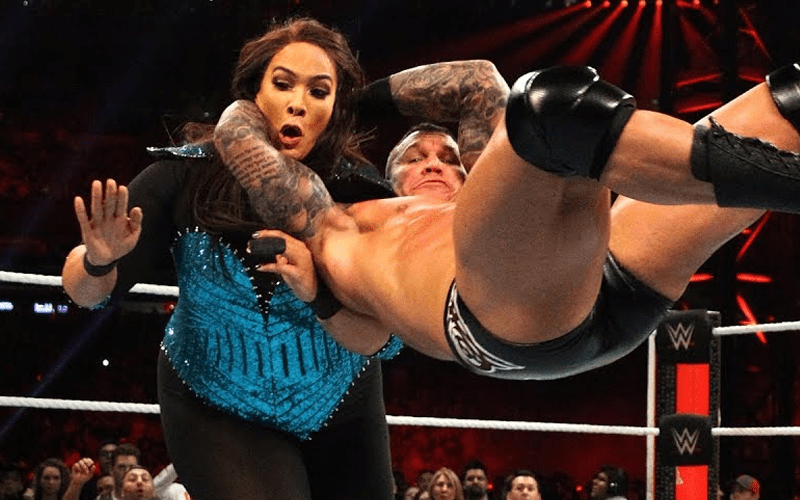 The 2019 Royal Rumble included a shocking moment as Nia Jax became the first woman to compete in both the Men’s and Women’s Royal Rumble matches on the same night.

Jax had a good start, but then she took several finishers in a row including an RKO. Now Randy Orton and Nia Jax are reliving that moment.

WWE uploaded a video where Jax and Orton watched that infamous spot and reacted to it. Intergender wrestling is off limits in WWE and the 2019 Royal Rumble seemed to tease a breaking down of that previously established rule.

Nia Jax is slated to be in Houston for the Royal Rumble weekend. We very well could see the Irresistible Force make a return to the ring. Either Royal Rumble match is a possibility too.

The video actually included every highlight from the 2019 Royal Rumble match with the Superstars’ reactions. It was a loaded match and this year’s outing could be very interesting as well. You can check out the video below.