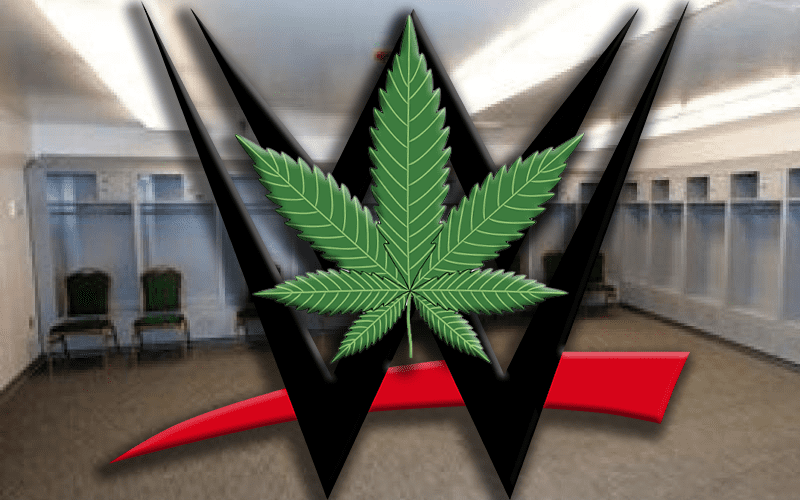 WWE has a wellness policy that is quite strict. Superstars don’t pop dirty very often, but two recently failed tests which resulted in 30 day suspensions. The company has a different policy concerning marijuana. A “weed tax” of $2,500 can get a Superstar out of any further trouble if they test positive for THC.

Fred Rosser used to be known as Darren Young in WWE. He spoke to Fightful and was quite open about the usage of marijuana and CBD in the WWE locker room.

Rosser said it helped him get through long car rides with Titus O’Neil, Sheamus, and Mark Henry. 90% of the roster uses it in some form as well.

“I was a CBD user when I was on the roster. I’ve had concussions; I’ve been rocked several times. And when you have to go from city to city three hundred miles, I just couldn’t do it. So the CBD helped me out. It helped me out with my anxiety and car rides with Titus O’Neil and Sheamus and Mark Henry. But, I love those guys ‘cause those guys supported me when I came out. They made it a lot easier for me to walk into a locker room. So, yeah, I’m trying to get into the CBD world, baby.”

Enzo Amore said that half of the WWE locker room smokes weed. Perhaps the additional 40% was added by Rosser because they use CBD, but they don’t partake in the psychoactive effects of the medicine.

Vince McMahon even sparked up a joint in front of Donald Trump at a concert according to Chris Jericho.

WWE Superstars certainly seem to be utilizing the benefits that marijuana provides in larger numbers than most fans might realize.