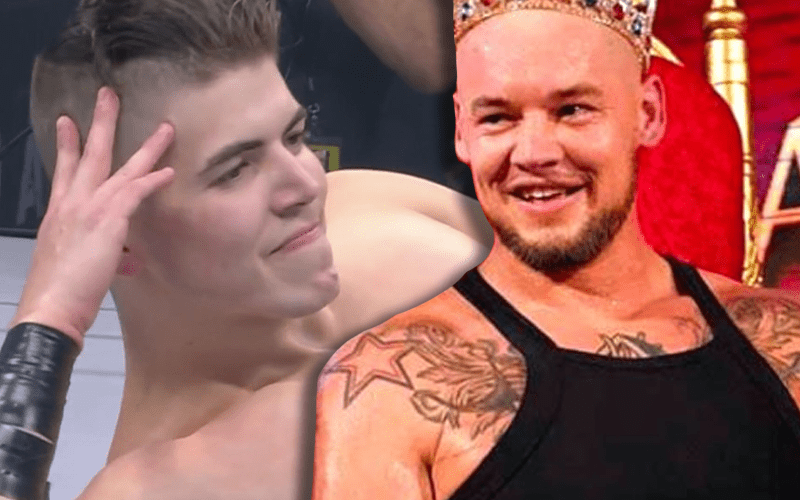 WWE is the biggest pro wrestling company in the world. AEW just opened their doors last year, but fans are going to compare the two companies and the rosters they hold.

During Wrestling Observer Radio Bryan Alvarez said that Sammy Guevara is a “tremendous douche bag” and The Spanish God obviously loved hearing that. Alvarez went on to say that he would much rather watch Guevara than King Corbin who is WWE’s equivalent of a tremendous douche bag.

Guevara then went on to discuss the difference between himself and WWE’s 2019 King Of The Ring winner.

“I think that it’s just… look at me, I look like the Spanish God […] I think it’s not only how I look I think it’s my in-ring, you know? I think it’s because I’m exciting to watch rather you like me or you hate me I do a lot of cool stuff, you know Corbin… I don’t know. Let’s put it nicely I’ve never seen a match… you know it didn’t impress me. You know I gotta see something, something I wouldn’t expect. I haven’t seen that. With me I go to the top rope and are you gonna see something cool or am I gonna slap someone in the face? You don’t know.”

Fans will continue to pick their favorites, but it’s hard to deny both Corbin and Guevara have heat. They might have different kinds of heat depending on who you ask, but they are both doing a great job irritating fans in the process.