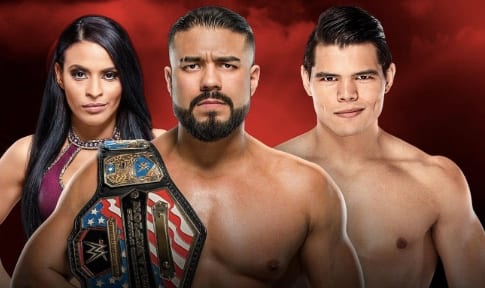 As seen on Sky Bet, the betting odds for Andrade vs Humberto Carrillo at the Royal Rumble have been released.

Despite the fact that WWE has two Royal Rumble matches to work their way through this Sunday night in Houston, they’re going full steam ahead with an incredibly stacked card featuring many names that are likely to also star in the Rumble matches themselves.

One such example is the United States Championship match between Andrade and Humberto Carrillo which was actually set up this past Monday night on RAW when Carrillo returned in the hope of getting revenge on Andrade.

At this moment in time the betting favorite to walk away as champion is none other than Andrade at 4/9. You’ve also got Carrillo who is priced at 13/8, meaning he isn’t as much of a distant underdog as many were probably anticipating.

This is going to be a great match if they’re given the time to work, but we aren’t so sure that’ll be the case. While the booking of the match seems odd given how many other things people are going to be focusing on throughout the evening, at the very least, WWE needs to let them go out there and really heat up the crowd.

It’s going to be a long night of action so they could all probably use a bit of non-Rumble match excitement, especially when you add the Universal Championship bout between Bray Wyatt and Daniel Bryan into the mix.