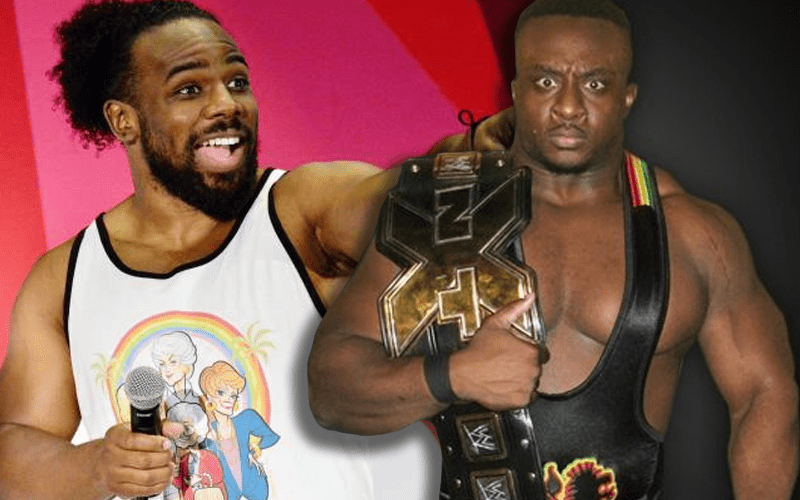 Big E was the second NXT Champion. A lot of people don’t mention that enough, but he did beat Seth Rollins and held the title for 168 days.

During The New Day: Feel The Power, Xavier Woods brought up a story about one time that he upset Big E. He made a joke about Big E’s NXT Title reign which was interpreted the wrong way. Woods then went on to discuss how the New Day handles any disagreement within the group.

“Oh yeah. Yeah. That’s how we have such great chemistry. I remember one time specifically I upset E., because we were jabbing each other back and forth. And I — [laughs] I said something about him when he was NXT Champion. And the way that I said it, I didn’t mean it in the way that he interpreted. And I didn’t realize that he interpreted it that way. And when I did realize that, I made him talk to me because I am very much about, ‘Hey. Speak what’s on your mind so we can either like, get past it or not.’ And we had this talk while we were in the shower. So we were buck naked cleansing ourselves, and I said, ‘Hey man. What’s the deal. And then we talked for like 10 minutes in the shower just… [laughing] naked, washing ourselves. So yeah, that’s the biggest thing.”

“I don’t think it’s a problem to misunderstand someone or not be on the same wavelength as them. But I feel like, if you do have a problem with somebody like that, if you want to get to the level of chemistry and friendship that we have. Which, we take very seriously. You have to push through things like that. This is like a marriage. Yeah, like you’re not always gonna have fun with your spouse. You’re not always gonna be happy with them, or please [them]. They’re gonna do stuff that pisses you off, and you have to go to them and say, ‘Hey! Quit nagging me about what I’m feeding the kid for lunch! And leave me alone when I’m in the basement live-streaming on Twitch!’ You’ve just gotta say things like that sometimes.”

The New Day have been together for over five years at this point. They got very close in that time and have certainly been through some disagreements. It’s nice to know that they have a way of figuring things out whenever there is a bit of tension in the group.