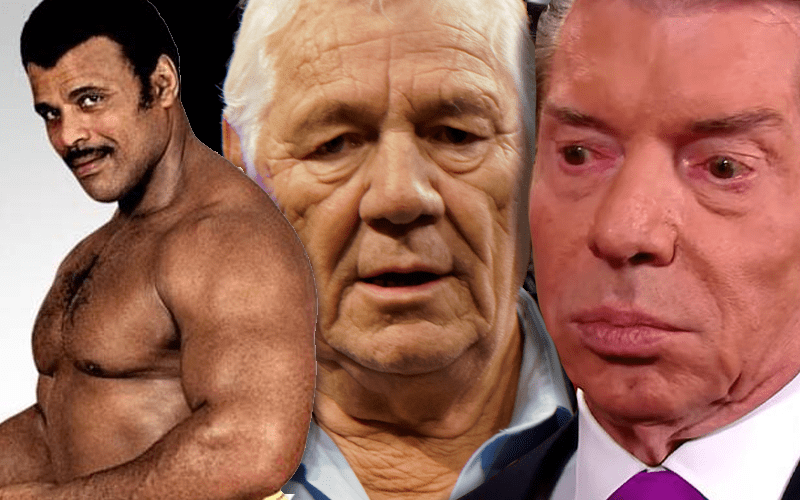 Rocky Johnson’s funeral was a big event, but there were reports of drama.

Stories came out of the funeral saying Vince McMahon and Pat Patterson upset some people at the ceremony. Now Rocky Johnson’s best friend Al Rosen is clearing everything up.

Patterson said “goddamn” and “sh*t” during his speech in the church. McMahon also said that the best thing Rocky Johnson ever did was marry Ata and have The Rock as a son.

Al Rosen called in to Hannibal and told him that the Johnson Family was appreciative of everyone who showed up to pay respects to Rocky Johnson. He said by the time McMahon got up to speak the service had been going on for about two hours and “it was an audience of 99% wrestlers.”

“Vince was short, but he was direct. He said probably what Rocky would have wanted someone to say about him. He was a talented, gifted worker and the best thing that he ever did — which he admitted to me hundreds of times — was marrying Ata and having a baby named Dwayne. He often spoke of his other two kids. He would say, ‘I want to be remembered as a father, as a husband, and as friend and a worker.”

“Did Pat use ‘church language?’ Like if you and I were talking and I said ‘goddamnit,’ you wouldn’t think anything of it. He’s saying ‘Rocky did this goddamnit’ and ‘Yeah we did that, sh*t,’ but you know the preacher and the assistant preacher — People saying that he got pulled off the stage. No, that’s how stories get started. They turned the mic off. The guy sitting behind them turned the mic off and Pat said another sentence and walked off. No MFs or anything he was never disrespected. He said G-Damn.”

Rosen said that the Johnson Family was “blown away” by the amount of people who showed up to pay their respects. The Johnson Family was not offended by anything that happened, no matter if some of the people in the church didn’t appreciate Pat Patterson’s choice of words.

He said that the Johnson Family “felt nothing but love and respect.”

You can watch the entire video with his phone interview below.