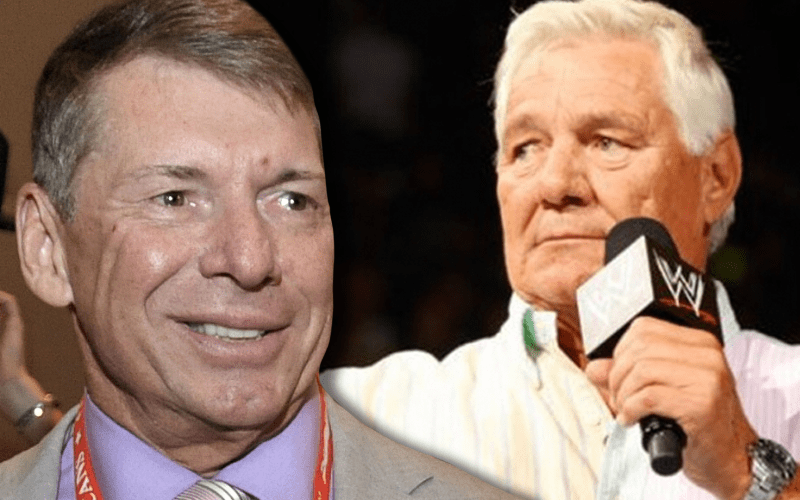 Rocky Johnson was laid to rest and the pro wrestling mourned losing such a legend. He will never be forgotten. Some people might also never forget Vince McMahon and Pat Patterson’s speeches at Johnson’s funeral service.

There were reports that Vince McMahon and Pat Patterson caused some drama at Rocky Johnson’s funeral. They used profanities and Harry Smith said they appeared drunk.

The Johnson Family was not offended by what McMahon and Patterson did and said at Rocky Johnson’s memorial service.

Hannibal read another first-hand account from Sherri Lee, a pro wrestling legend and mother-in-law to Billy Graham. She was at the service and able to give another perspective of the event.

“‘I don’t care what other people thought about what Billy says. He was only repeating my opinion. My opinion may not have been the same as the family’s and I think their opinions are what counts. It was a beautiful funeral. Vince and Pat could have been more respectful. Other than that the speakers were very good. Everyone loved Rocky he definitely deserves nothing but admiration and respect.'”

“So again, that statement was from Sherri Lee who was friends with Rocky himself as well as Rocky’s wife and she was attending the funeral.”

The only thing that should matter is that the Johnson Family wasn’t offended. It is still interesting that there was any drama at all concerning how Vince McMahon and Pat Patterson behaved at the funeral of a WWE Hall Of Famer.