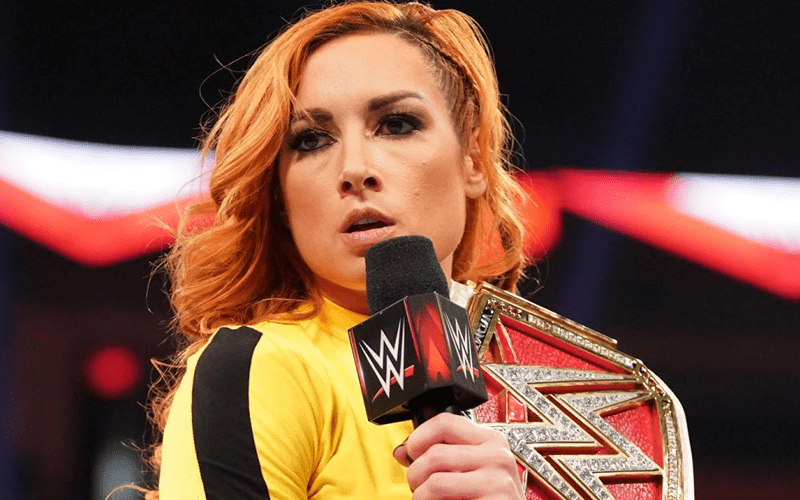 Becky Lynch spoke openly on WWE Backstage about removing gender identity from a Superstar’s placement on the roster. She made this point and then news began to circulate that WWE was taking away “women” from their divisions.

Lynch clarified her statement today with a social media message. She wanted to make sure that people knew what she was actually advocating for instead of making it about taking a word out of the equation.

My comment about removing the word “women” from the conversation wasn’t about renaming a division, it was about beginning to rethink it.

I wasn’t advocating for any changes in title names or anything else (like I’d have the power)—but simply an equal volume of opportunities that are based on skill, and not gender.

The term ‘women’ can limit openings because phrases like, ‘there’s already a women’s match on the show’ is still in wrestling’s historical DNA.

We’re all just Superstars who want our shots and places on the shows if we earn and deserve them.

I’d simply love us to get to a place where there’s three ‘women’s matches’ on PPV, or ten… or none if it so happens we’re not serving the audience

NXT is apparently taking the name “Women” out of their title. Other divisions could do the same on the main roster. This is a very interesting time and it seems as though The Man might be behind another revolution.