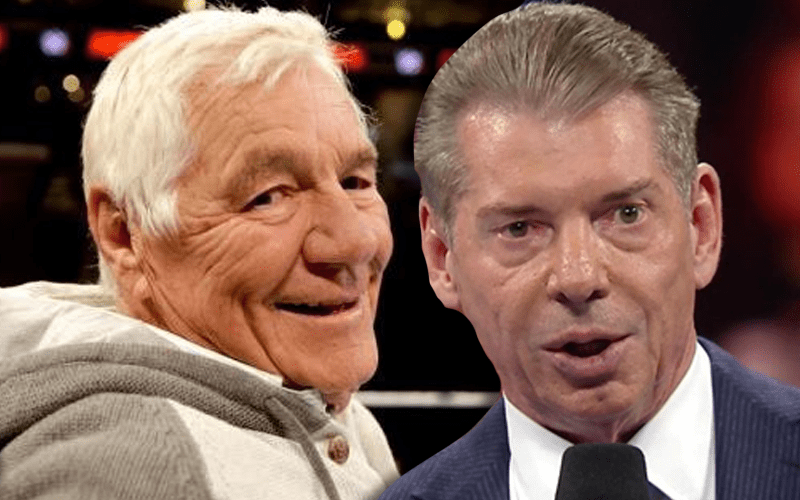 Rocky Johnson’s funeral service happened yesterday. The world mourned losing this legend and there was apparently some drama at his funeral.

Reports came out that Vince McMahon and Pat Patterson spoke out of line at the ceremony. Hannibal released another video update with a letter from Harry Smith who was at the service.

“Harry Smith told me he was too busy right now to do a Skype with me, but he said he could confirm this and this is what he wrote:”

“He said: ‘I think Vince and Pat were really strange or they were drunk or they were a bit of both probably. Pat’s microphone got cut off because he was talking so long at the funeral. Pat’s ending line was: ‘Last night I was drunk and I was drinking water or what I thought was in the sink and then the toilet seat fell on my head.'”

“‘Vince said: ‘Rocky Johnson was a great wrestler, but the greatest thing he ever did was marry Ata and Ata had some kids.’ Then he walked out of the building.”

“‘Vince strutted on and off the stage like he was doing a promo. He looked like he really shrunk too’ — I assume he means in size. Harry goes on to say ‘Vince and Pat are completely out to lunch. I thought they were drunk, but I spoke to Pat and maybe he’s just going senile.'”

“He’s not the only one I’ve heard that’s said Pat is gong senile.”

It doesn’t sound like it was that big of a deal. It apparently ruffled some feathers though. He went on to say that the Johnson Family was not offended by anything that went down.