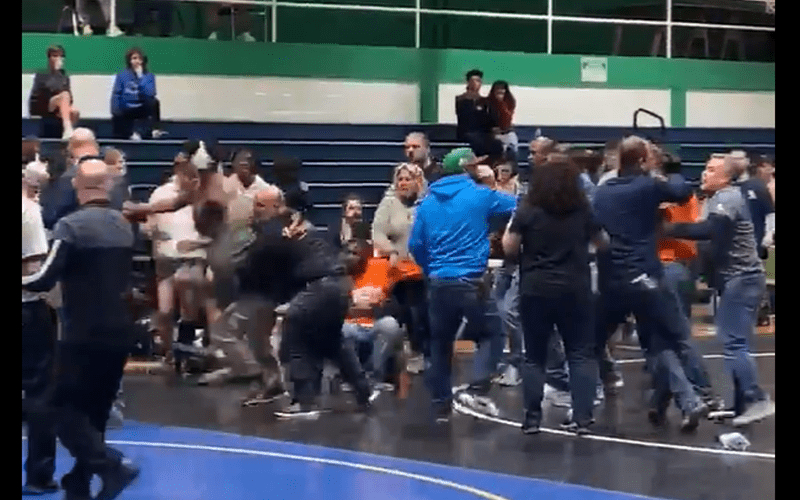 A lot of top pro wrestlers once wrestled in high school. We’re hoping that none of their matches turned out like this.

A father rushed the mat during a high school wrestling meet to attack his son’s opponent on Sunday. This saw him being carted off to jail.

NEXT ON 9: A high school wrestling match, turned all out brawl!

Why? Police said a parent attacked a teenage wrestler, during a match against his son.

“I looked up and this guy starts running from the bleachers down to the mat,” one witness said.

The wild brawl that was caught on video. In the end, 54 year old Barry Lee Jones was arrested and processed at the Carraburrus County Jail. He was arrested for simple assault and disorderly conduct. His son’s opponent was not injured in the attack.

He was later released on a $1,000 bond. FOX 8 reports that this whole mess started after his son’s opponent used an illegal move during the match.

Some parents should just wait in the car until their kid’s extracurricular activities are over.