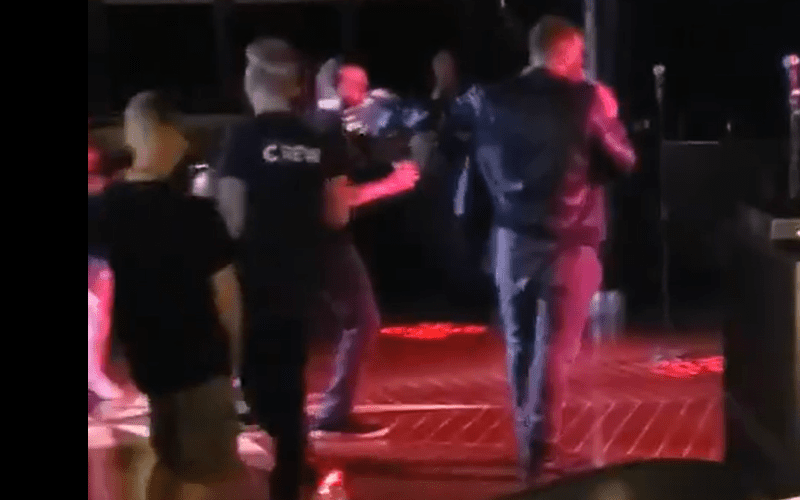 Chris Jericho’s 2nd Rock n Wrestling Rager at Sea set sail yesterday and everyone is having a great time, including Jon Moxley.

Moxley took part in some karaoke on the boat and thankfully, someone was recording video. It is a rare look at a partying Moxley. We can only imagine what antics weren’t recorded on video before and after his rendition of “Sweet Caroline” was over.

Chris Jericho sold out his second cruise and quickly announced a third one. There was a lot to be happy about as every cabin got A Little Bit Of The Bubbly.

You can check out the video below to see Moxley’s singing skills. He is a natural entertainer. Odds are he won’t be as jovial when he faces Pac this week on AEW Dynamite’s second night of Bash At The Beach.