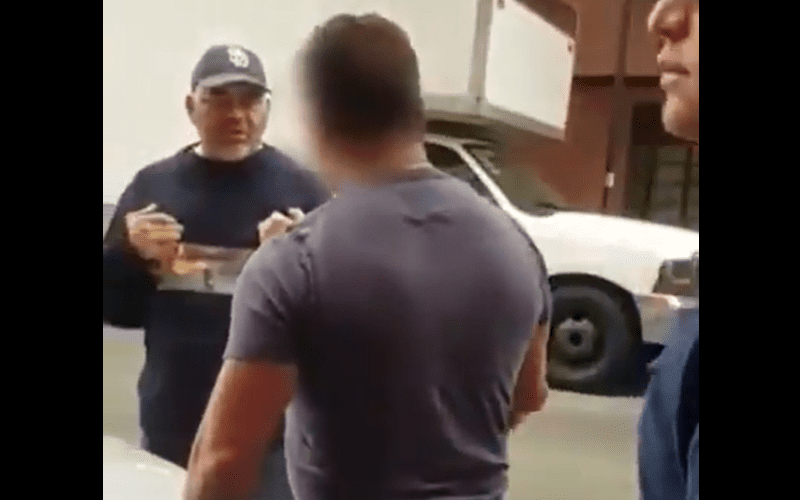 Konnan is not the kind of person that you want to upset, let alone slap.

A video has surfaced of Konnan getting in a confrontation with a mystery man in Mexico City. This guy’s face is blurred out, but he did slap Konnan in the video.

Konnan did not get physical and for good reason. Dave Meltzer revealed that this video was taken outside of an Impact Wrestling taping on Friday night.

The blurred out man is apparently Leon Negro better known as Psicosis II. Meltzer also revealed that this went down on Friday and it is also not an angle.

Since the story is starting to go around, there is video of what happened with Konnan and Leon Negro tonight outside the Impact tapings. This is not an angle

We will provide more information as it is made known regarding exactly what caused this confrontation.

Update: More information is now known about the background of this real life confrontation.