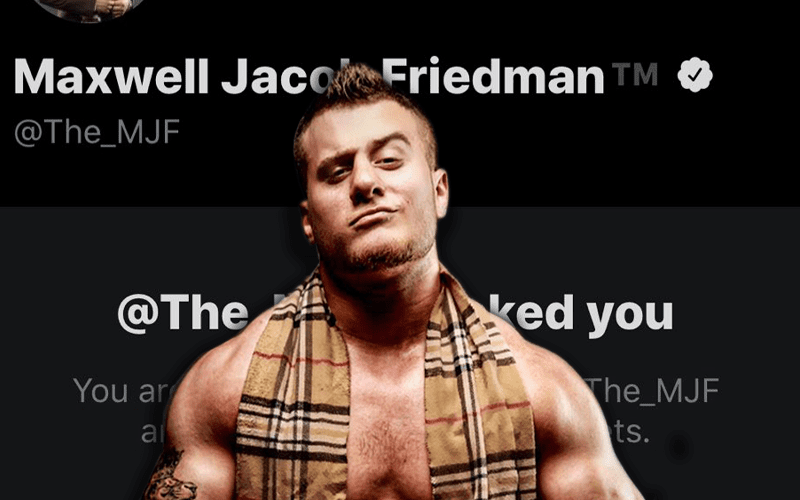 MJF loves himself and he doesn’t care for many other people unless they’re protecting him like Wardlow does. He does’t mind hanging out with ring rats, but that’s something Brandi Rhodes would rather him not talk about around her.

Former IWC podcaster Matt Koon is still working on music and he thought that MJF’s entrance theme needed a remix. Koon made an updated version of The Salt Of The Earth’s theme song, but Maxwell Jacob Friedman obviously didn’t appreciate it.

I have the best theme music in all of pro wrestling.

Koon later tweeted out that this block was not kayfabe at all. MJF really smashed the blocked button when he saw that someone had went through the trouble of making new music for him.