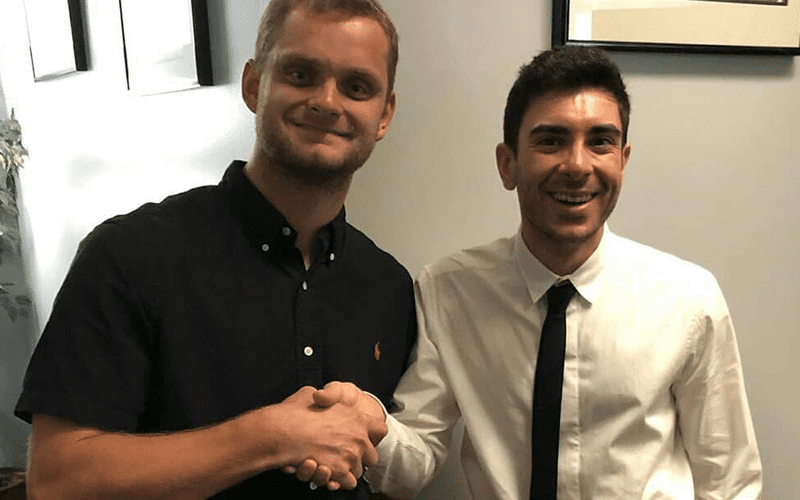 Chris Benoit’s son David stops by WWE events when they tour in the area. He is often seen backstage at Canadian shows, but there was a brief time when he was banned.

Benoit was at All Out as a guest of Chris Jericho’s and during that time he snapped a picture with Tony Khan. That photo went viral and as David Benoit explained to Chris Van Vliet it resulted in his temporary banning from WWE until he made a few phone calls.

“I was trying to talk to someone and they ever got back to me for a good four to five months. Everything’s fine now. I talked to their lawyer and then I talked to Mark Carrano. I’m welcome everywhere now. We’re good. Problem solved.”

WWE must take AEW pretty seriously if they would ban Chris Benoit’s son because he was backstage at an AEW event. David later said he went to another WWE event and was wearing an AEW sweatshirt. He said everyone thought that Jericho bought it for him to wear as a rib.

David Benoit is really a big fan of AEW. He didn’t watch pro wrestling for years until Double Or Nothing. Now he wants to train as a pro wrestler and perform under the name Chris Benoit, Jr. He even has the ring gear already made.