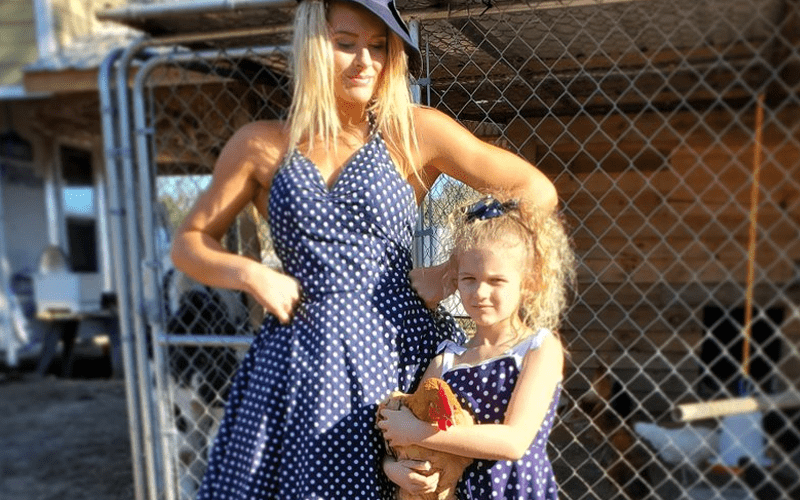 Lacey Evans is scheduled to be a guest on WWE’s weekly internet morning talk show The Bump. We know that Evans will be joining Kayla Braxton and company on The Bump, but she’s still trying to convince her daughter to come alone too.

Evans revealed that she tried to tell her daughter that they get to go shopping in New York City. Her daughter replied that she doesn’t like shopping and she also wants to bring along their chicken.

Still trying to talk my kid into being on @wwethebump with me tomorrow. I told her we get to fly to New York and go shopping! She said she dont like shopping and wants to bring a chicken.Looorrrddd help me.

Lacey Evans once cut a promo while holding a chicken. So, it might make sense to bring one along.

The Bump is also no stranger to having animals on the show. Kevin Owens was treated to someone from the zoo bring in a bunch of animals. Braxton really liked the snake.

Let’s see who shows up on The Bump tomorrow, but Lacey Evans’ daughter might get another chance to be in the spotlight.