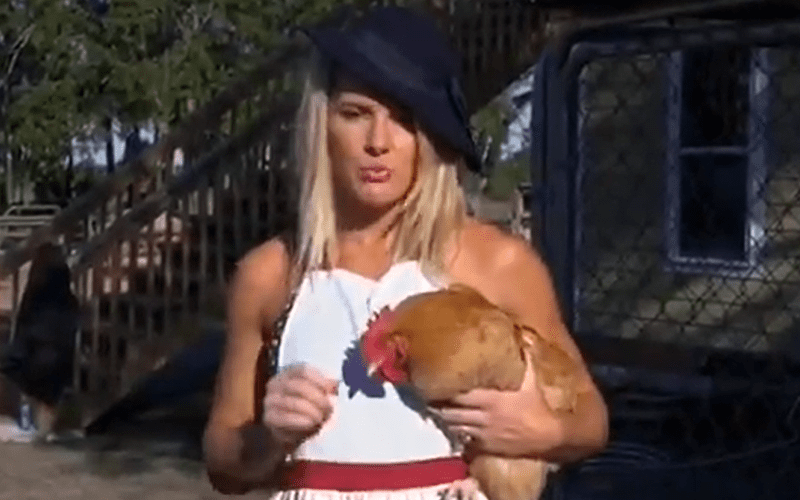 Lacey Evans is going to give Sasha Banks a rough night on Friday Night SmackDown. The Lady Of WWE recently cut a promo while holding a chicken, but there was no cowardliness in her words.

Not every WWE Superstar has access to chickens and a four-wheeler. Lacey Evans does and she took full advantage of that in a recent online promo.

Evans eventually handed her daughter that chicken as she continued to cut a promo on Sasha Banks. The two will face each other on Friday Night SmackDown this week and she plans on solving everything with a Women’s Right.

Evans then got on a four-wheeler in the closing seconds of the video. Before peeling out, she said a Women’s Right will shut The Boss up for good.

Lacey Evans is who she says she is. She is a former US Marine. She is a mother and she does live in a camper. Sasha Banks might need to pay attention because Evans seems focused on running through her on the way to Bayley’s SmackDown Women’s Title.