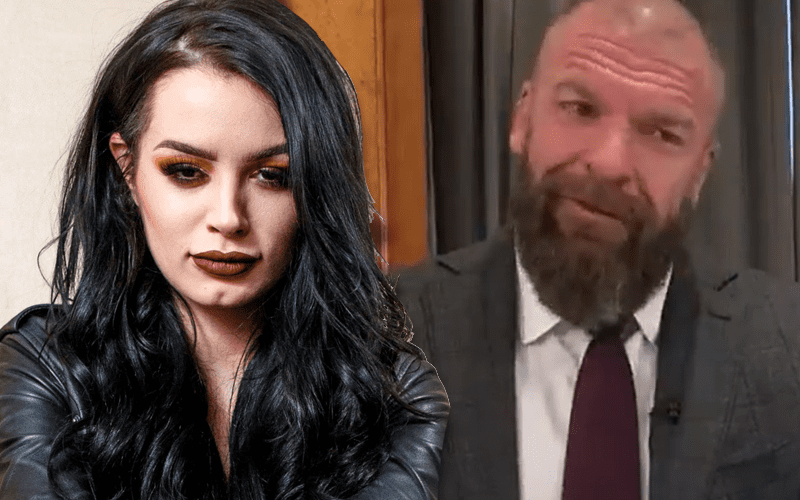 Paige cannot wrestle anymore. Despite rumors and hopes that a return to the ring might be in the cards she isn’t cleared to compete.

While talking about Edge and Paige’s possible returns to the ring Triple H made a little joke. He said that Edge has kids and Paige “probably has some she doesn’t know of.”

There was laughter from the room full of reporters and Triple H thanked them for the warm reception to his joke.

Paige saw someone post this clip and she didn’t seem to get the humor. She commented back saying: “Even my boss jokes about me.. no wonder you guys still do it too.”

Renee Young wasn’t going to let Paige feel bad about herself at all. She replied to her tweet with a message about how much Paige has been through and how people need to make “real change” instead of jokes.

Big love to Paige. She’s been to hell and back but still some people wanna make jokes. We need (and she deserves) real change.

Paige is not medically cleared to compete in the ring. She still loves wrestling and has to miss something she literally grew up doing. It’s not happening for her anymore because of so many injuries. Now she is with WWE and being paid not to wrestle. There really isn’t anything funny about that situation.