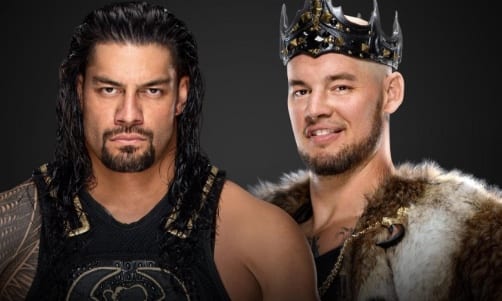 As seen on Sky Bet, the betting odds for Roman Reigns vs Baron Corbin at the Royal Rumble have been released.

It certainly seems and feels as if both men are going to have a notable role to play in the Rumble match itself, with Reigns actually being viewed as one of the favourites to win the whole thing in addition to competing in this match.

Alas, they need to get this feud blown off first, if only because it’s been ongoing for so long now – and, let’s face it, Corbin needs to have some kind of a spotlight in an event with the word ‘royal’ in it.

In what will hardly come as all too much of a surprise, Reigns is the clear favourite to win this grudge match with odds of 4/11. On the other hand you’ve got Corbin, who is currently priced as the 2/1 underdog.

While WWE has done an okay job of capitalising on Corbin’s strong run in the King of the Ring tournament, it feels like he needs to be given more of a platform to thrive under a different set of circumstances after this Roman match – whether he wins or loses.

That’s going to sound pretty bizarre to the people that are adamant they don’t want to see him perform at the highest level anymore, but we still believe there’s a place for him – and it’s just a case of WWE figuring out how to put the pieces in place for that to work.