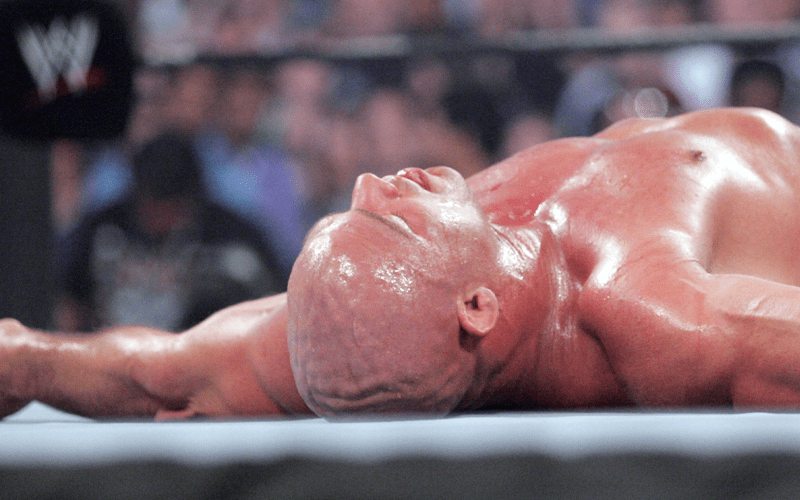 Kurt Angle famously won Olympic Gold with a “broken freaking neck.” He also worked a lot of matches with the same issue.

During his conversation with Chris Van Vliet, Angle listed all the times that he broke his neck in a WWE ring. He started talking about three times it happened, but then his memory was sparked and he remembered a fourth instance.

“I broke my neck three times [in a WWE ring]. Let’s see, I got hit over the head by Brock once and broke my neck with a chair. Brock also ran across the ring once and I was on his back and he turned sideways and whiplash and my two vertebrae broke there. So, two with Brock. One with Eddie Guerrero at WrestleMania I did an Angle Slam off the top rope and landed on my head and that broke. Then 2006 in January I broke it right before I wrestled Undertaker before No Way Out. So, that was four times.”

Kurt Angle said “there was no one better” than him, but his constant injuries really got in his way. Angle is now a backstage producer in WWE so he is staying safe. He knows a lot about the bumps and bruises as well as the permanent injuries that can take place in the ring.