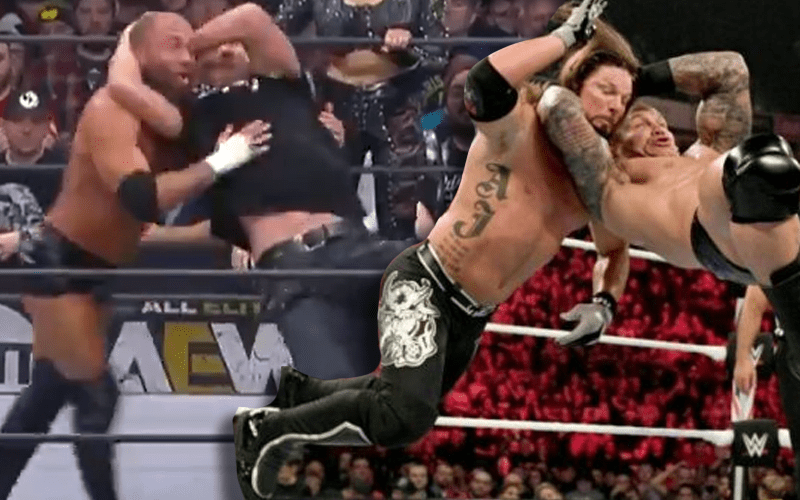 DDP appeared on AEW Dynamite last week and that set up his first match with the company for Bash At The Beach. His finishing move might look familiar to some fans even if they’ve never seen DDP wrestle.

The WWE Hall Of Famer’s Diamond Cutter is the same as Randy Orton’s RKO in a lot of ways. DDP still uses it because he’s been performing that move for decades. This didn’t stop former WWE Superstar Mark Jindrak from teasing DDP as he wondered if Orton gave permission for this move to be used.

Did DDP get @RandyOrton ‘s blessing to use the RKO?

In case you’re wondering what Jindrak has been up to, you can find him in Mexico. The 42 year old still competes for CMLL where he is a former CMLL World Heavyweight Champion and World Trios Champion.