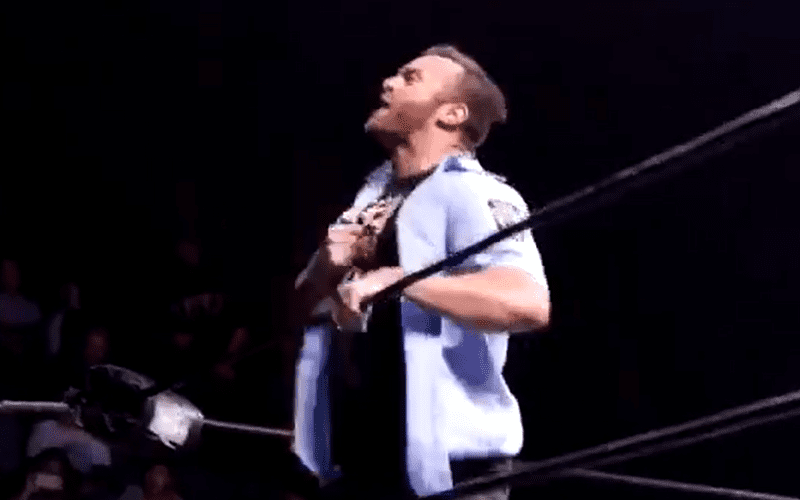 Nick Aldis showed up rather unexpectedly during the ROH event at Center Stage and he had a target to hit.

Aldis rushed the ring through the crowd and took out Villain Enterprise member Flip Gordon. It should be remembered that the contract on the table for Marty Scurll to stay with ROH would allow him to work for the NWA and even AEW.

After the main event match of Rush vs PCO went to a DQ a brawl started with La Faccion Ingobernable and Villain Enterprises. Then Nick Aldis jumped in and took out Gordon as Marty Scurll ran away.

La Faccion Ingobernable celebrated in the end after putting PCO through a table. As you can see in the video below, Nick Aldis had already flashed his NWA t-shirt and left through the crowd.