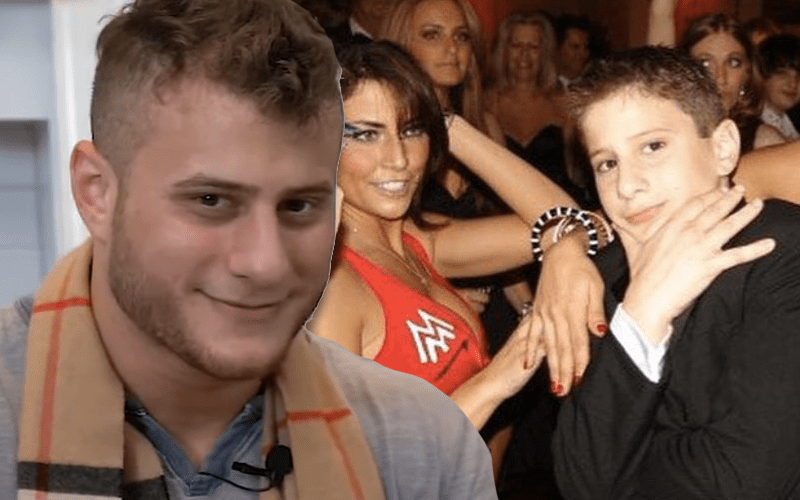 AEW star Maxwell Jacob Friedman is Jewish. This is something that he was teased about as a kid until he decided to stop taking bullies’ abuse. Then he became one of the top heels in pro wrestling.

Mance Warner sent out a tweet of a boy cutting a rug on the dance floor. One fan thought that they would spend their time trolling MJF about his Bar Mitzvah. The Salt Of The Earth is kosher, but he didn’t get offended at this little jab. Instead, Friedman simply provided photographic evidence to show how much of a blast his Bar Mitzvah really was.

Jokes on you. It was the greatest party of all time. Circa 2009.

Made out with the one on the left.

MJF is still pulling down phone numbers and he has no issue talking about the activity in his DMs. In fact, it’s difficult sometimes to get MJF to talk about anything but getting with females. Some things never change.