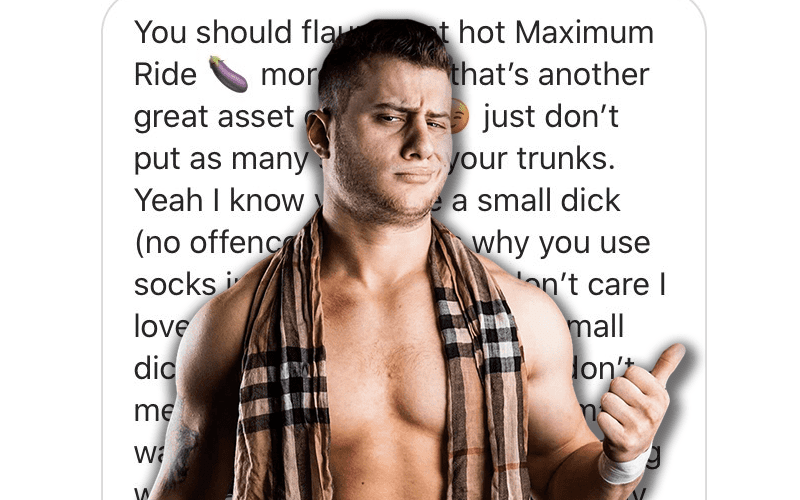 MJF took a shot at anyone who has a dead grandma. That’s not how you make friends, but he’s a heel and Better Than You.

The Salt Of The Earth received many responses for this tweet that weren’t very approving. One of them said: “MJF really that’s not acceptable some people’s grandparents are actually dead and don’t get to see them at Christmas anymore and miss them. This crosses the line.”

It didn’t take MJF long to remember the name of that particular hater because they were apparently just blowing up his DMs. So, he posted a screenshot as evidence because he’s a heel.

“Also Amy” was attached with an image from DMs where she was apparently going on about how MJF should “flaunt” what he has. She also really made it clear what her intentions were.

As you can see from the screenshot, it doesn’t appear that MJF even replied to her. She apparently sent those three messages before could approve the receipt on the first.