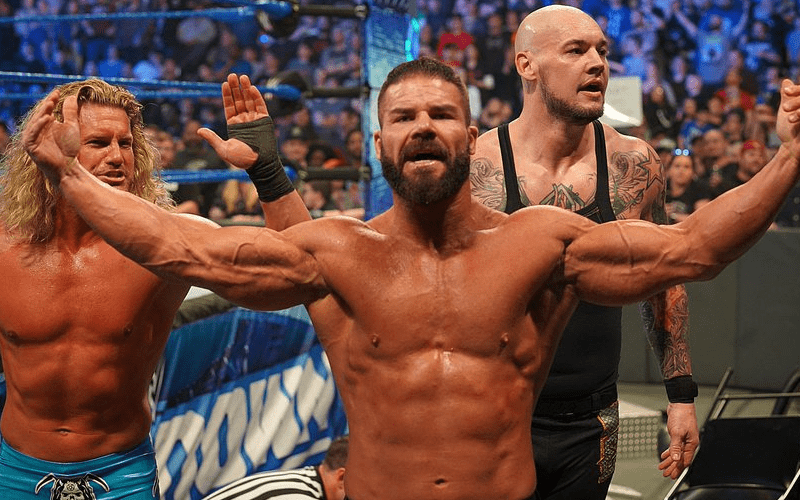 Robert Roode popped dirty on a WWE Wellness Policy test and he was suspended for 30 days. That time away from WWE ended last night.

Roode was very happy to be back on WWE television. After sitting home for 30 days he tweeted out: “Absolutely…” in response to WWE tweeting about his return. We can only assume the second part of Roode’s tweet is “Glorious.”

Dolph Ziggler was also very happy to have Robert Roode back in King Corbin’s court with him. The Show Off tweeted out: “Hell yeah! You’re back, bro!”

We’ll have to see what the next phase is for Roode in WWE. He made his return during the right time to get in on the Royal Rumble build.