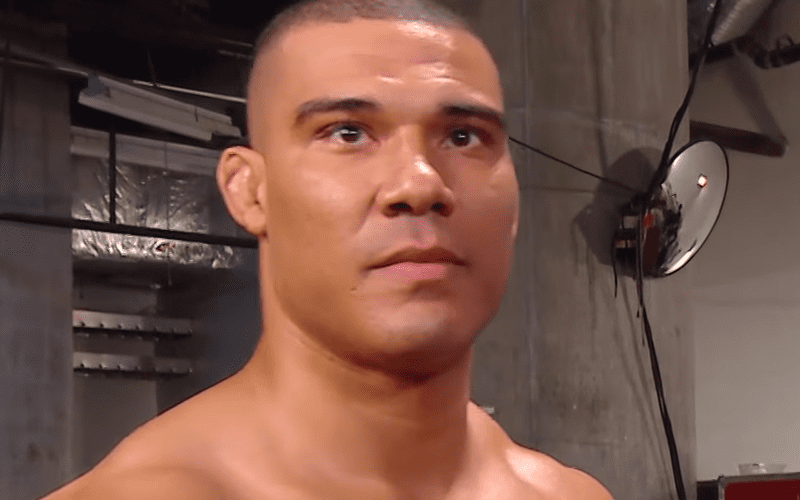 Jason Jordan had a lot of heel momentum going for him as Kurt Angle’s son. Then a neck injury took him out of action. He hasn’t been seen since his neck surgery well over a year ago.

There were initial reports that Jason Jordan might never wrestle again. He has since taken a job as a backstage producer in WWE.

While being interviewed by Chris Van Vliet, Kurt Angle was asked about his storyline son Jason Jordan. The Olympic Hero stated that Jordan is doing well and he’s looking just like himself again. He might need one more procedure before he’s fully ready.

“He’s good. I do expect him to come back. He’s still waiting. He’s still having problems with his circulation and using his left hand. So, he’s gonna have to wait a little bit longer. He might need another surgery. That might be the reason why he’s not functioning properly. He got his strength and his size back up. He looks just like he did before.”

Angle said that the initial diagnosis was that Jordan will never wrestle again. He doesn’t know how much longer his kayfabe son can wait either. So, he might need to go under the knife for one more surgery before he’s fully ready for a return to the ring.