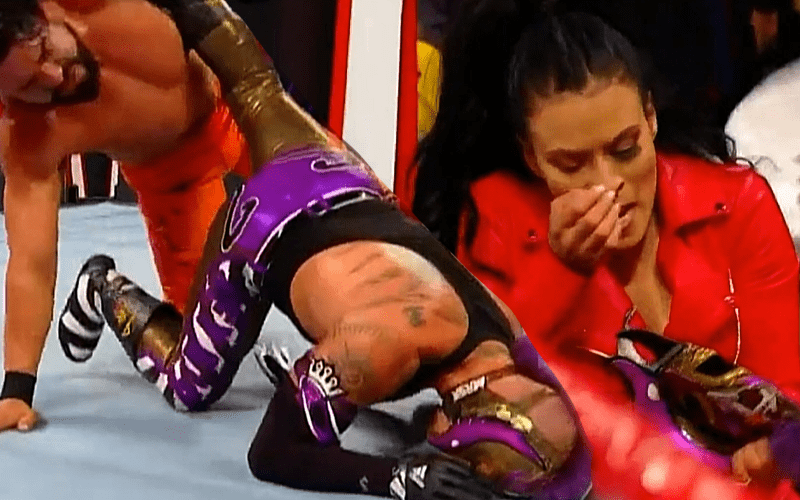 WWE RAW included a United States Title match and plenty of fans were talking about the strange ending when it was over. Rey Mysterio and Andrade appeared to have ended their match in confusion after Mysterio accidentally took out Zelina Vega.

It appeared that the referee stopped the match from finishing only to have Rey Mysterio go out and check on Zelina Vega for a moment. Then he re-entered the ring to take the pinfall. Bryan Alvarez explained this situation during Wrestling Observer Radio and gave his assessment of this apparent miscommunication in the ring.

“I think what happened was that the whole part of the story was that Rey was supposed to knock out Zelina and be very concerned about her and then they would go to the finish. Maybe Andrade attacked him too early so they called an audible and told Rey to go back out and be concerned about her. Because this whole things didn’t make sense at the end. It kinda took away from the match.’

Andrade and Rey Mysterio are professionals and at the top of their craft. Still, nobody is immune to making mistakes no matter how much of a professional they are.

It did seem like something changed during the end of that United States Title match. The only thing that really matters in the end is that El Idolo is still the US Champion.