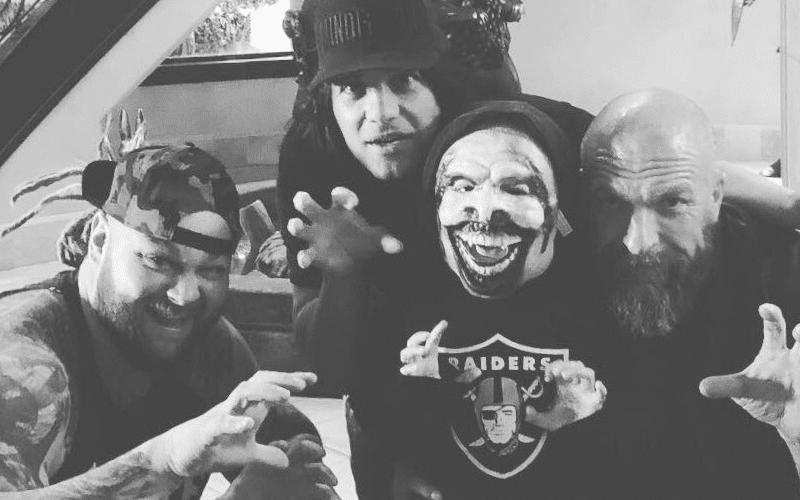 Triple H and Stephanie McMahon were spotted at one of Criss Angel’s shows recently. Stephanie wants Angel to levitate her. It turns out they weren’t the only WWE representatives around.

The famous Mind Freak uploaded a pretty epic photo with Triple H and Bray Wyatt. Angel’s son was wearing a Fiend mask as his illusionist father captioned the photo saying:

This was a pretty great photo. It also makes us think about the possibilities if WWE asks Criss Angel to assist them in some kind of future Bray Wyatt angle.