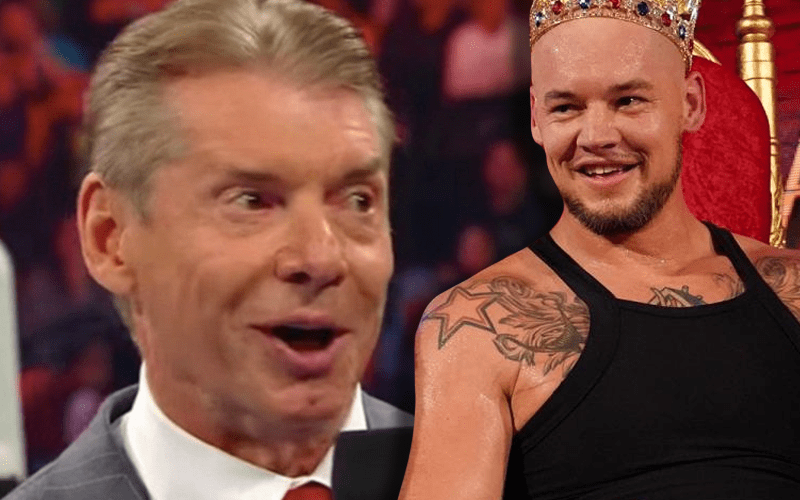 King Corbin gets big heat when he comes out on Friday Night SmackDown. It doesn’t matter if he’s wrestling, cutting a promo, or doing a commercial for Ol’ Roy dog food. The fans hate Corbin, but Vince McMahon is obviously all for it.

During a conversation with Cheap Heat with Peter Rosenberg, King Corbin discussed how Vince McMahon views him. The Chairman Of The Board has Corbin’s back because he sees a “legitimate toughness” in the 2020 King Of The Ring.

“I think Vince McMahon has been a fan of mine because I’m a big dude, a little bit old school, and have legitimate toughness. He sees motivation in certain guys and certain guys want to have it and some don’t. I knew it was a repackage.”

“When it’s just one thing, when one guy is just big and angry, there isn’t a connection. So let’s just find something where people can connect to as an audience, and that was where we came up with, ‘Constable Corbin’. Vince McMahon came up with it. It was a funny process because he goes to me, ‘What do you see yourself wearing?’ I’m like, ‘Well, I don’t even know what a constable is.’ So I’m over here doing research and it’s like a bobby over in England, and I say, ‘Please don’t make me wear a stupid hat.’ I asked if he saw me wearing dress clothes and he goes, ‘No, not dress clothes,’ and then I came in two weeks later and he said that he sees me in dress clothes. So I was like, ‘Okay, I’m wearing dress clothes.'”

King Corbin is the kind of heel who could work in an old school environment. He is a big guy with a cocky way of speaking and he’s also not afraid to show off his wealth. We’ll see what’s next for King Corbin, but 2020 could be another banner year for the former Lone Wolf.