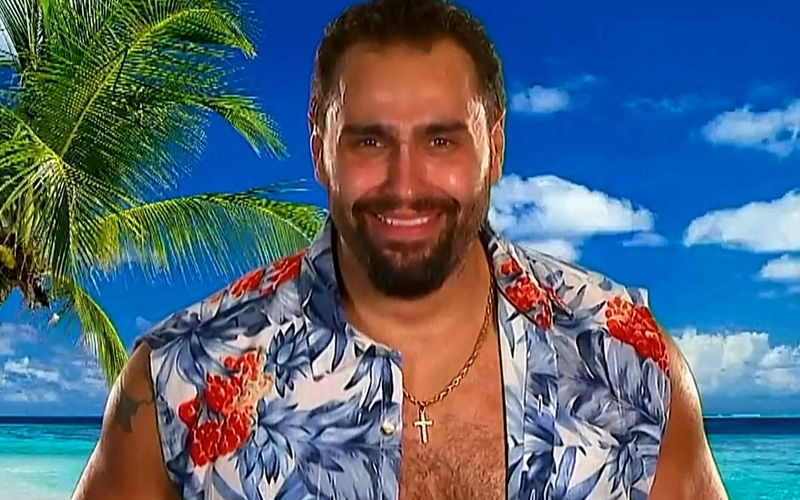 Rusev didn’t appear live on RAW this week, but he was still on the show. He appeared “via satellite.” Of course, all wrestling fans know that usually means that he’s in the building.

“#BeachLife,” Rusev captioned a photo of himself flexing while showing off his green screen background. He might have not been so far away this week, but his confrontation with Bobby Lashley will still need to wait.

You can check out the picture below to see how WWE pulled off their beach shot on RAW this week.