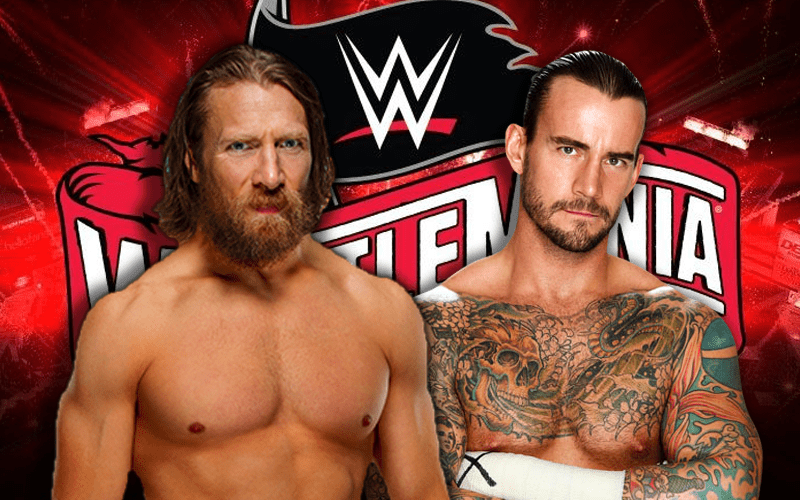 Daniel Bryan is going into the Royal Rumble with a Universal Title shot. The odds makers aren’t giving Bryan the best chances of capturing that title in Houston. Bryan might have a great WrestleMania match idea even if he isn’t a champion at the show of shows.

While speaking with Cerrito Live Daniel Bryan was quite honest about what he thinks of Bray Wyatt’s red light. He finds it very distracting.

He was also asked about CM Punk and the chances of him wrestling in WWE again. Bryan replied saying that it’s always enticing to come back, but it’s also tempting to stay at home. He always wanted a WrestleMania match against CM Punk. It seems like he’s still open to that idea.

“I always say it’s always so enticing to come back, as much as you don’t want to,” said Bryan. “I would hope yes and also – in the back of my mind and even after he left – I always had this thing where it just seemed to me there should have always been a WrestleMania match between CM Punk and Daniel Bryan.”

“Now at this point, he may be past that and I know he’s not big on people putting his name out there and saying, ‘Oh, I wanna do this.’ That’s not where I’m coming from with this at all. But just in the back of my head I’m disappointed that we never got a CM Punk-Daniel Bryan WrestleMania match.”

WWE has a lot of great matches they could book for CM Punk. The biggest hurdle in this situation seems to be what CM Punk wants to do in the first place. He’s quite happy on WWE Backstage and doing his own thing. It might be hard to turn down a WrestleMania match against Daniel Bryan if WWE offers it to him.