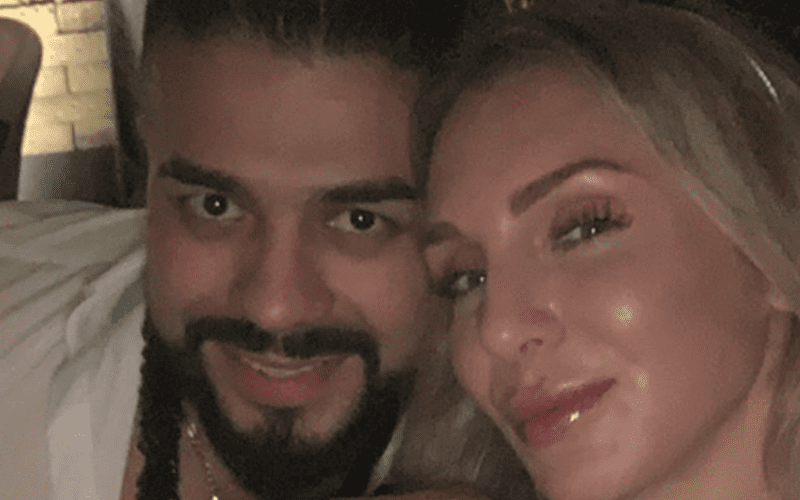 Charlotte Flair and Andrade got very close over the last year. Their romance has been well documented even though they haven’t found their way onto WWE television as a couple just yet.

There was some confusion in the past about whether or not they were engaged to be married. Flair was seen sporting a ring on her left ring finger. It seems like everything is cleared up now as Andrade recently tweeted out that Flair said yes.

Ric Flair really likes Andrade and has spoken highly about him in the past. Andrade also really appreciates spending time with a legend. Now The Nature Boy will be El Idolo’s father-in-law.

Congratulations to Charlotte Flair and Andrade.